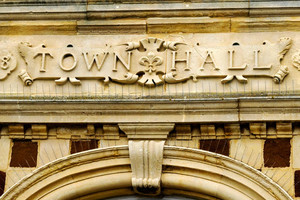 Councils should be fully prepared to leave the European Union by the end of October, the Communities and Local Government Secretary Rt Hon Robert Jenrick MP said today (3 August 2019), as he ramped up preparations.

Mr Jenrick thanked councils for all the work they have already done, but said they must step up vital preparations and committed £20 million for councils across England to prepare for delivering Brexit on 31 October, whatever the circumstances.

He has asked each council to designate a Brexit lead to work with central government and oversee teams in every community who will work with stakeholders in their area to plan intensively for Brexit.

The new funding comes in recognition of the central role councils will play to make sure their residents are ready for Brexit, and is expected to support a range of activity including communications, training and the recruitment of staff.

Mr Jenrick will continue to talk to local council leaders to give them the opportunity to discuss preparations and the opportunities of Brexit ahead.

"From Whitehall to town halls – everyone needs to be ready to fulfil our democratic mandate to leave the European Union by the end of October.

"Local government has a vital role in helping to make Brexit a success and it is absolutely right that together we intensify preparations in every community.

"And to do this successfully I have asked every council to appoint a Brexit lead to work with government. We’ll be providing £20 million for councils to support the major step up in preparations.

"I want all of us – central and local government – to be fully prepared for leaving the EU on 31 October whatever the circumstances. I know that we can achieve this, by continuing to work side by side with renewed national focus and intensity."

The government recognises that certain areas face more acute pressures. It is currently considering how best to allocate funding to ensure that those areas where greater impacts are expected, such as high impact ports of entry, get the funding they need in order take appropriate steps.

At his first meeting with senior leaders from local authorities since becoming the Communities and Local Government Secretary earlier this week, Mr Jenrick told representatives that the government will support them to ensure they are ready to leave the EU in just under 90 days’ time.

Departments will continue to assess and, if appropriate, fund any potential new requirements of local authorities as part of Brexit work they are undertaking.

In January the government committed £58 million of funding to support local authorities in their preparations for Brexit.