Government sets out ambitious plan to tackle drivers of crime

Extra measures to keep prison leavers off the streets and stop further crimes has been unveiled today (28 July 2021) as part of the Government’s Beating Crime Plan, with a string of new initiatives to tackle the underlying causes of crime 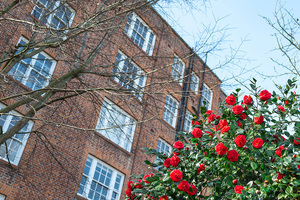 Last week a Government-backed scheme to provide temporary, basic accommodation to prison leavers launched as part of efforts to cut crime and homelessness. With prison leavers without a stable home around 50 per cent more likely to reoffend, over 140 councils across England have also today been awarded a share of more than £13 million to help find longer-term accommodation.

The aim is to cut crime by reducing the number of prison leavers ending up homeless so that they have the foundation to get a job and access treatment for addictions.

Around 80 per cent of those receiving cautions or convictions have offended before, so the Beating Crime Plan also unveils a range of work to get more prison leavers to turn their backs on crime for good by securing employment and entering into treatment.

"The combination of strong supervision from probation staff and support into treatment, a home and a job will drive down crime. It gives offenders the incentive and opportunity to break the cycle of repeat offending and will save thousands of law-abiding people from becoming victims."

The Lord Chancellor will host a summit with leading employers in October to encourage more businesses to hire prison leavers who are determined to leave crime behind and the Government is leading the way with plans to recruit at least 1,000 ex-offenders who have fully turned their back on crime into the Civil Service by the end of 2023. Employment is known to cut reoffending rates by up to nine percentage points, with a job providing former offenders with the financial means and incentive to continue leading a crime-free life.

The Government is spending £750 million to tackle rough sleeping this year and this new funding for councils will pay for a range of initiatives specifically tailored to help prison leavers move away from crime, drugs, and living on the streets and into private rented accommodation. This includes landlord incentives and loans for rent deposits, specialised insurance and dedicated staff working with prison leavers to maintain their tenancy long-term.

"This Government is making huge progress in our mission to end rough sleeping, with a 43% reduction since the Prime Minister came into office and an internationally recognised approach to protecting rough sleepers during the pandemic. We are building on this by working across Government to tackle the underlying causes, backed by £750 million funding this year alone.

"By supporting offenders into their own accommodation and keeping them off the streets they’ll have a better chance of turning their lives around – reducing reoffending and making our communities safer."

Accommodation will provide the stable base many with drug or alcohol issues need to engage with treatment services and stay clean and sober. An extra £80 million will expand drug rehab services in England - the biggest increase in investment in 15 years - so that another 5,000 offenders can receive treatment. Offenders who have engaged in treatment go on to commit 33% fewer crimes than they did previously.

This support will be underpinned with strict supervision from the newly-unified Probation Service which recruited a record 1,000 trainee probation officers last year and is recruiting another 1,500 this year. The Government is also increasing the use of electronic monitoring, with plans to use alcohol monitoring tags on prison leavers in Wales initially and extend the GPS tagging of robbers, burglars and thieves to a further 13 police forces this autumn.

The Government also yesterday (27 July 2021) committed to publishing a Drugs Strategy later this year to crack down on recreational drug use. This includes appointing Dame Carol Black as an ongoing adviser on drug misuse and investing an extra £31m to expand Project ADDER – which combines tough law enforcement with increased provision of treatment and recovery services. This support will be targeted towards a further eight local authorities hardest hit by drugs.