Marian Spain has been appointed as the new chief executive of Natural England, taking the post on a permanent basis 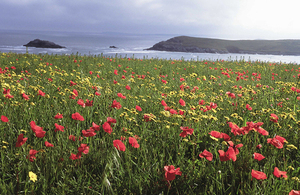 Marian Spain has been appointed as the new chief executive of Natural England, taking the post on a permanent basis after serving as interim chief executive since December 2018.

"Marian has shown an unrivalled commitment to protect and enhance our natural environment along with excellent leadership skills.

"It is so important not only for Natural England but also our environment to have someone with Marian’s passion and experience to lead our teams at this vital time for conservation. She will ensure that the organisation can meet the challenge of restoring nature, which lies at the heart of the government’s environmental policy, as the country recovers from the impact of coronavirus."

"I want to thank Marian for all her excellent work over the last year.

"As we focus on setting environmental policy and farming support outside the European Union, Natural England has never been so important. I am looking forward to working further with Marian as we link together our wide range of initiatives to restore this nation’s nature."

"It has been an honour to lead Natural England’s exceptional, talented and passionate teams and I am so proud to be able to continue.

"Every day our people work incredibly hard to make life in our country better. The future of Natural England is an exciting one as we build the partnerships we need to help nature thrive, so that we have a healthier planet and healthier people."

Marian Spain was appointed interim Chief Executive by the Natural England Board in November 2018, taking up the role in December that year.

She was chief executive of Plant Life as well as holding a number of senior roles with organisations in the environment sector, including the Environment Agency and Countryside Agency – a predecessor body of Natural England.