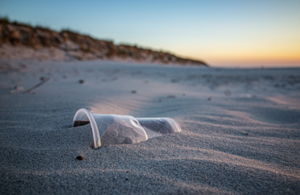 It is hoped a new plastics treaty will help tackle marine plastic pollution.

As the fifth session of the United Nations Environment Assembly (UNEA-5) in Nairobi draws to a close, the UK has worked with international partners to secure a breakthrough on negotiations to kickstart a new legally binding treaty on plastic pollution.

While the terms of the treaty are still to be negotiated it could include measures that promote sustainable production and consumption of plastics, as well as more environmentally sound waste management.

It is also hoped it will help tackle marine plastic pollution, one of the greatest global environmental challenges. It’s predicted that unless action is taken there will be a threefold increase in the amount of plastic flowing into the ocean between 2016 and 2040.

This comes as our landmark Environment Act gives us a raft of new powers to step-up our war against plastic pollution. We are also committed to introducing a Deposit Return Scheme for drinks containers, which will recycle billions more plastic bottles and stop them being landfilled or littered.

At the conference, which was attended by the Lord Zac Goldsmith, UK Government Minister for International Environment, the UK provided support to kick start negotiations on a legally binding treaty on plastic pollution. The UK has also supported other ambitious action, including on:

• Agreeing on the importance of nature-based solutions and on actions to scale up their implementation to simultaneously provide benefits to people and the planet.

"This agreement by governments at UNEA is truly historic, and I’m so proud that the UK co-sponsored the proposals and helped get them over the line. In the space of just one human lifetime, we have caused unimaginable damage to the global environment, choking every single part of the global ocean with plastic pollution. And although there is much to be done now to turn it into an ambitious and far-reaching treaty, we can now begin to close this ugly chapter. I am so grateful to UK negotiators for their fantastic work securing agreement this week."

While there are multilateral agreements to tackle biodiversity loss and climate change, up to now there has been no equivalent agreement to tackle plastic pollution.

The resolution, proposed by Peru and Rwanda, had received strong support and was backed by over 60 countries.

The plans have also received considerable support from the private and third sector with 111 organisations having signed The Business Call for a UN Treaty on Plastic Pollution including Coca-Cola, PepsiCo, P&G and Unilever.

The resolution titled “End plastic pollution: towards a legally binding international instrument” establishes an Intergovernmental Negotiating Committee (INC) tasked with preparing a new treaty that would address plastic pollution through a life-cycle approach, with the aim of producing the treaty by 2024.

The UK was also a key proponent of plans for a new science-policy panel to contribute to policy making on the sound management of chemicals and waste, and preventing pollution. This will act in a similar way to the IPCC — Intergovernmental Panel on Climate Change, which provides advice to governments on the scientific consensus on climate science.

We have made nature a top priority during our COP26 Presidency year alongside strong action on cutting emissions. The UK has continued to drive international support for nature-based solutions that address biodiversity loss, climate change and poverty, co-sponsoring a resolution on their benefits and how to scale them up.