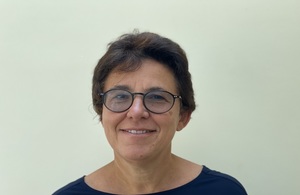 Joanne Livingstone will chair the Firefighters’ Pension SAB which advises the Home Secretary on the desirability of making changes to the scheme. It also advises and assists the 45 Fire and Rescue services in England and their local pension boards.

Her appointment as Chair commenced on 17 August 2020 and will last for four years.

Mrs Livingstone is currently an adviser to the Judicial Pensions Committee which advises the Lord Chief Justice in relation to pensions matters. She also serves as the Chair of Trustees for the Liberty Europe Pension Scheme and is a practitioner member of the Actuarial Council. Previously she worked as a scheme actuary and for Pension Wise, acting as a guider in face-to-face meetings about pensions with members of the public.

"I am delighted to be appointed to chair the Scheme Advisory Board in its important role in helping to deliver appropriate pensions to our vital firefighters."