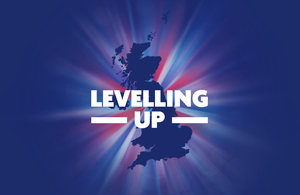 Councils all over the country can today bid for a share of £4.8 billion of flagship levelling up funding for projects that improve everyday life for people across the UK.

Applications for the second round of the government’s Levelling Up Fund opened for submission today (15 July 2022) and will remain open until midday on 2 August 2022.

The fund empowers communities by putting money directly into the hands of councils, and in Northern Ireland to a range of public and private organisations, to invest in projects which give people pride in the places where they live.

Previous grants from the first round have gone towards improving town centres, boosting local transport links and supporting cultural and historical assets.

Greg Clark, the newly appointed Secretary of State for Levelling Up, Housing and Communities said:

"I am determined to press full steam ahead with levelling up communities across the United Kingdom.

"The Levelling Up Fund can provide the investment needed to make a project that communities have been dreaming of for years a reality.

"So I’m delighted to open applications for the second round of the Levelling Up Fund and I’m looking forward to seeing proposals that will make a positive impact on people’s lives."

In a change to the application process, MPs in Great Britain will now be able to provide support to two bids that benefit their constituencies in this round, rather than a single one. This recognises the fact that many MPs’ constituencies cover more than one council area.

The second round will look to build on the success of the round one, which saw £1.7 billion awarded to 105 successful projects across the UK.

In round one, grants included £17.7 million provided for the restoration of the 900-year-old Haverfordwest Castle in Pembrokeshire into a high-quality all-weather visitor attraction and to develop the potential of the river as a feature of the town centre. Elsewhere, Omagh in Northern Ireland has received £4.1 million to regenerate its vacant health centre and transform it into a digital hub, creating 250 jobs and attracting local businesses and entrepreneurs.

£19.9 million was also awarded to West Dunbartonshire for a series of projects including revamping the Artizan Shopping Centre and transforming the area’s oldest building into a library and museum.

Levelling Up Fund Round 2 application portal and guidance

From:
Department for Levelling Up, Housing and Communities
The Rt Hon Greg Clark MP