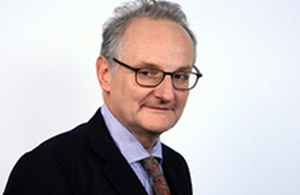 Over one thousand schools are set to receive expert support from some of the country’s highest performing schools as the Department for Education announces six new Teaching School Hubs today (7 January).

Schools will benefit from a three-year programme of support, with each of the six successful schools acting as a regional hub and will receive funding to support between 200 to 300 other schools in the local area.

This will give struggling schools direct access to the expertise from school leaders with a track record of improving challenging schools. Support could include delivering tailored professional development for teachers, hosting observations and visits or deploying system leaders to offer advice and guidance to local schools.

This forms part of a new scheme, launched by the department last year, to simplify and strengthen how the government drives up school standards, building on the successes of the Teaching Schools and National Leaders of Education programmes.

It also underlines the government’s determination to back teachers by attracting and supporting the best talent into the classroom and rewarding the great work they do. It has already announced plans to raise teachers’ starting salaries to £30,000 as well as announcing an extra £14billion funding over three years for schools.

"It is vital that we back our best school leaders and help them to support struggling schools so that we can continue to drive forward the high standards we are already seeing in schools across the country.

"These new Teaching School Hubs will make it easier for the best school leaders to share expert advice and help schools in their local communities, ensuring that those schools facing the greatest challenges are supported as simply and efficiently as possible."

The six new hubs will help struggling schools to boost professional development opportunities for teachers, improve school-to-school support and strengthen staff recruitment and retention and will initially be tested in five areas, from February 2020.

The newly reformed system forms part of the government’s commitment to revamp the current system of school leadership support, building on the department’s first ever integrated recruitment and retention strategy launched last year.