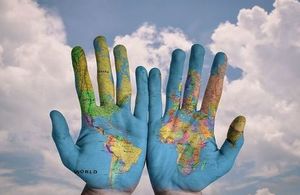 School Standards Minister Nick Gibb has told his international counterparts that the English education system will remain outward-looking and internationalist after Brexit.

Speaking at a G7 meeting of education ministers in France this week, Minister Gibb reaffirmed his commitment to drawing on best-practice and evidence from across the world when looking to improve the education system.

Many of the government’s reforms introduced since 2010 have been based on world-leading successful practices identified in other countries, such as technical and vocational education in Germany and maths teaching in high-performing Asian countries such as Shanghai.

"Education transcends borders, nationalities and languages – and we are proud that our education system has taken in a wealth of influence from other countries around the world, not just our European neighbours.

"But it is not all one way – there are a host of countries that come to the UK to learn from what we do so well in our own schools and colleges and to learn about our reforms to the curriculum, to the teaching of reading and our academies and free schools programme.

"It is more important than ever that this approach continues in the coming months and years as we look to our international partners, in bringing forward even more vital improvements to our education system."

Minister Gibb attended the G7 Education Ministers’ Meeting, which focused on early years schooling and teacher training with his counterparts from other G7 countries, and the invited countries of Singapore, Argentina and Estonia, on Thursday.

He also signed a Ministerial declaration stating that confronting inequality requires substantial efforts across borders to improve educational policies and systems. Ministers committed to share best practice and research evidence and unite against bullying in all its forms.

Today, he will be visiting two schools in Paris to learn more about the French education system and see how French schools operate first-hand.

The gold-standard T-Levels programme draws on practice from several European countries, including Austria, Denmark, Netherlands and Norway, while the apprenticeships programme has been influenced by policy in Germany and Switzerland.

Primary school pupils in England are also learning maths through a world-leading method of teaching based on that used in Shanghai – consistently ranked among the best for maths performance in the world.

Several other countries have also learned from the Department’s own education reforms, with the pupil premium beginning to be replicated in some states in Australia, which have noted the progress made on reducing the attainment gap between disadvantaged pupils and their peers.

The phonics screening check was also introduced for Year 1 pupils in South Australia in 2018, while France and Estonia have recently expressed interest in the Department’s EdTech Strategy.

The UK higher education system already has a global reputation for quality and, according to the QS World University Rankings, has 4 providers in the top 10. On the Progress in International Reading Literacy Study (PIRLS), England achieved its highest ever score in reading in 2016, moving from joint 10th to joint 8th in the rankings following a greater focus on phonics in primary school.