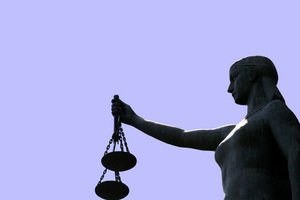 The Police, Crime, Sentencing and Courts Act equips police with the powers and tools they need to combat crime while overhauling sentencing laws to protect the public and keep serious sexual and violent offenders behind bars for longer.

These include making whole-life orders the starting point for pre-meditated child murder, introducing mandatory life sentences for those who unlawfully kill emergency workers in the line of duty, and ending the automatic early release of offenders deemed to be a danger to the public.

Crucially, the Act delivers on the Government’s pledge to boost protection for women and girls.

Domestic abuse victims will now have more time to report incidents of common assault or battery, and taking non-consensual photographs or video recordings of breastfeeding mothers will be punishable by up to two years in prison. The most violent and sexual offenders, including rapists, will also be forced to spend longer in prison to keep the public safer.

"This Government is delivering on its commitment to make our streets safer.

"We have changed the law so that dangerous criminals are given the sentences they deserve and kept behind bars, and we are backing the police with the powers they need to keep us safe.

"We are well on our way to getting 20,000 more police officers, and we will continue to support victims seeking justice and bear down on crime so that everyone, in every town, village and city, has the security and confidence they deserve."

"From today our new laws will mean serious offenders spend longer in jail, including sex offenders, child abusers and those who kill emergency workers in the course of their duties.

"We are also protecting breastfeeding women from being photographed without their consent and giving the victims of domestic abuse longer to report the crime to the police to help ensure they get justice."

Other sentencing reforms coming into force today include higher maximum penalties for a range of child cruelty offences, known as Tony’s Law. In addition, judges will now be able to hand down life sentences to dangerous drivers who kill on our roads, and can impose whole life orders on 18-20-year-olds who commit the worst offences – for example, acts of terrorism which cause mass loss of life.

The PCSC Act also doubles the maximum penalty from 12 months to two years for those who assault police or other emergency workers, such as prison officers, fire service personnel or frontline health workers – helping to protect those who put their lives on the line to keep communities safe. It will also bring ‘Harper’s Law’ onto the statute book, introducing mandatory life sentences for anyone convicted of killing an emergency worker whilst committing a crime.

From today, it will be a statutory offence to intentionally or recklessly cause public nuisance – ensuring that the penalties for these crimes reflect the severity of the rise in guerrilla protest tactics we have seen in recent years. The police will also be supported with new powers to tackle non-violent protests that have a significant disruptive effect on the public or on access to Parliament.

"The laws coming into force today show the Government’s Beating Crime Plan in action and will help drive down crime, better protect victims and make streets safer up and down the country.

"We are delivering on the people’s priorities. Whether it’s tackling knife crime, violence against women and girls or anti-social guerilla protest tactics, these measures are all about backing the police and standing up for the law-abiding majority of the British public."

Also from today, police will be able to obtain a search warrant for evidence related to the location of human remains where it is not possible to bring about a prosecution.

The Government is also investing £477m to deliver speedier justice for victims and reduce the backlog of court cases from the pandemic. This includes lifting the cap on Crown Court sitting days for another year to ensure courts can continue working at full capacity to minimise delays.

In May, ministers published a draft Victims’ Bill to amplify their voices and make justice agencies more accountable for the service they deliver.