This morning, the Rt Hon Conor Burns MP, Minister of State for Northern Ireland delivered the key note address to the British-Irish Parliamentary Assembly in London 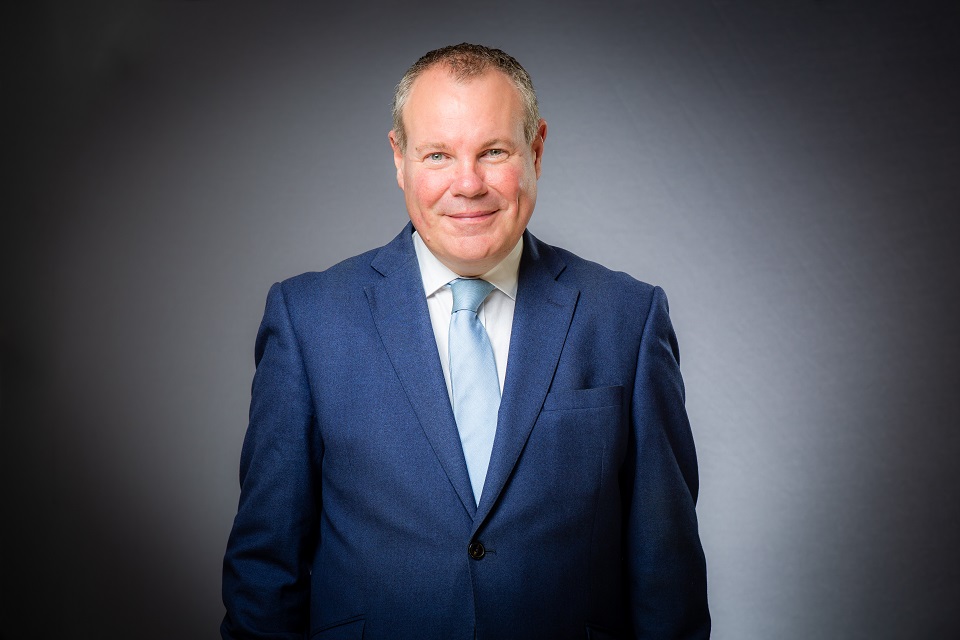 Ladies and gentlemen, thank you for the invitation to be with you this morning and also for your kindness in inviting me to join you for the pre-plenary dinner last night. That felt for me in many ways like a homecoming for I had several very enjoyable years as a member of this body and have experienced personally the massive contribution this body makes to understand these islands.

This isn’t just the British-Irish Parliamentary Assembly. This assembly comprises all the elected assemblies of these islands, our counterparts in Scotland, Wales, Northern Ireland, Jersey, Guernsey and the Isle of Man.

In the years since your inception in 1990, you have done incredible work bringing people together, facilitating a forum for discussion and understanding. A forum where, both privately and formally, differences can be addressed and ideas can be floated. We have differences in these islands and in recent years, those differences have come to the fore at least in the aftermath of the United Kingdom’s decision to leave the European Union. But organisations like BIPA I think are underpinned in a sense by the guiding philosophy that Lord Denning, the late Master of the Rolls outlined when he said two reasonable people can perfectly reasonably reach opposite conclusions based on the same set of facts without each surrendering their right to be considered a reasonable person.

Those are words I often bring to mind as I visit people of different traditions from the divided communities in Northern Ireland. The Prime Minister and Taoiseach speak regularly on a whole range of issues and despite what you might read and hear, I would contend that the relationship closely echoes those between Thatcher and Fitzgerald, Major and Reynolds, Blair and Ahern and Cameron and Kenny.

The Secretary of State for Northern Ireland and myself have close relationships with our Irish counterparts and Michael Gove, the minister responsible for the UK government for the devolved administrations, who has regular weekly calls with our counterparts in those areas. But my friends, the work of BIPA is central to that work of understanding through your biennial plenary meetings, your committee work, your events and debate. You help to build the bonds of trust and understanding that lay the foundations of the strong working relationship with the UK and Ireland that we enjoy. For that, my friends, I thank you.

I returned to my hometown of Belfast in September last year and I visited my old primary school, Park Lodge on the Antrim Road in North Belfast. One of the young people there asked me what was different about Belfast today and different from when I was there in the 1970s and very early 1980s.

I answered that obviously one major difference was that half of the school audience were female. There were all boys in my day, as it was a Brothers school. I said the substantive difference that I would when I walked to school along the Antrim Road, the police would be in armoured Land Rovers, there would be British Army presence on the street. Bombs were a regular occurrence, there was a gate into Royal Avenue into the centre of Belfast. A man got onto a bus to check people’s bags as they travelled to shops in Belfast city centre during the day. That is not the case now.

Northern Ireland lives in a completely different environment which was made possible by the Belfast ‘Good Friday’ Agreement which next year we will mark the 25th anniversary of. The Agreement was a great landmark in the history not just of Northern Ireland but of these islands as a whole. It enshrined the principle of consent, settling Northern Ireland’s place in the United Kingdom for as long as its people wish to be part of the Union.

It established political institutions to give expression to all communities in Northern Ireland. It created new bodies to foster greater North-South and East-West Co-operation.

It reaffirmed the birth right of the people of Northern Ireland to their identity and citizenship, and ensured their rights are protected by law. And in so doing, the Belfast Agreement created a more peaceful, stable and prosperous Northern Ireland.

But my friends, we should not live under the illusion that the work is complete. When you visit parts of Northern Ireland today, communities still live in the shadow of peace walls. In a very real sense, Northern Ireland lives in a text based absence of violence and there remains so much to do to build genuine, cross community understanding and respect. When you visit communities in Derry, Strabane, Castlederg and both sides of the divide in Belfast, you see the urgency of that work that still needs to take place.

Earlier this year I was in Belfast for the Four Corners festival, a cross community coming together, driven by two clergy, Fr Martin Magill of St John’s on the Falls Road and the Reverend Tracey McRoberts, a Protestant clergywoman on the Shankill. A ground-breaking event, opened with a message from the Holy Father Pope Francis and closed by an in person speech by the Archbishop of Canterbury. This would have been unprecedented and inconceivable 25 years ago.

My friends, behind the agreement that is making so much of that possible, lies the fundamental principle of devolved power sharing, of shared government. The last two years have given us a very clear sign that when the Northern Ireland parties work together, much can be achieved. We must not allow ourselves by accident or design, to return to a state of political deadlock in which the only people that will suffer will be the people of Northern Ireland themselves.

Last year, the whole of the UK economy returned to growth. It grew by 4.6% in Northern Ireland in the third quarter of 2021. Levelling up, the mission of the Government of which I serve, is vital to all areas of this country that I serve but especially Northern Ireland.

Northern Ireland has so many of the ingredients required for economic success, exceptional talent, creativity and innovation. This together with the scenery, tourism and the rich cultural and artistic heritage, make NI a great place to live, work and do business and my friends to invest. We are expanding into industries with enormous future growth potential, such as cyber security, where there are now 2,300 cyber professionals working in over 100 companies in Northern Ireland.

Belfast is ranked in the Top 25 Tech Cities in the UK, second only to London. We have a vibrant fintech, health and life sciences and advanced engineering sector in NI. It is our task as Government to showcase that.

That is why the agenda for levelling up and delivering policies and investments that will grow Northern Ireland’s economy are absolutely vital. Let me spell out the scale of both the task and the opportunity. Northern Ireland’s economic output stands at around £42 billion. If we could close its productivity gap with the UK in a decade, Northern Ireland could be generating £16 billion more, each year, in today’s prices. This would amount to around £8,500 per person.

That is why we are putting money into the Community Renewal Fund, the Levelling Up Fund and the Shared Prosperity Fund which are having real impacts on real communities on the ground in Northern Ireland.

For example, the £300,000 to develop a brand new digital hub on the site of the old police station in Cushendall, County Antrim that I visited just a few weeks ago. £2 billion New Decade, New Approach financial package, over £600m to the City and Growth Deal programme and £400m in the New Deal for Northern Ireland in addition to £355m in support for firms in Northern Ireland to adapt to the post EU Brexit trading environment.

I want to close by saying this to you. The relationship between the United Kingdom and Ireland is a unique and special one.

We can debate who are closest friends and allies around the world but the reality is, our economies, our cultures, our histories and our futures, are inextricably intertwined and will always be so for the reality of the geographically. BIPA has helped over the years to build that understanding and respect and that work continues today.

I was delighted last night at dinner to meet and talk with Minister Byrne and to accept his invitation to visit Dublin and indeed his own constituency. I accept that invitation warmly and wholeheartedly because it is by building relationships and understanding that we advance the interests of all our people in these islands. I thank you earlier for all that you do to support that agenda. I always remember one of my favourite lines of Yes Minister, when Sir Humphrey explained to Bernard that in politics gratitude is merely a lively expectation of favours to come.