Up to £56 million will fund research into the potential health effects of climate change, air pollution, antimicrobial resistance and global pandemics 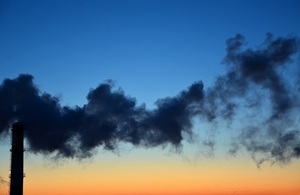 Health Minister Nicola Blackwood has announced up to £56 million funding for research into the biggest challenges facing public health.

Climate change leads to more extremes of hot and cold weather, which can have a serious impact on the health of the nation. Pollution can cause chronic conditions such as cardiovascular and respiratory diseases, as well as lung cancer, leading to reduced life expectancy.

Universities in England are invited to apply to be selected to partner with Public Health England (PHE) to form the next wave of Health Protection Research Units (HPRUs) funded by the National Institute for Health Research (NIHR).

An open competition will be held to select the most promising research proposals from academics. They will be funded from April 2020 to March 2025.

The current HPRUs played a central role in responding to major events including the Novichok, Ebola and overseas terror incidents. In 2017 to 2018, the HPRUs were involved in 413 studies and 514 peer review publications. They supported a total of 254 PhD students and secured £50 million funding from other sources.

Projects funded by earlier rounds of funding include:

• developing a way to quickly screen people who believed they had been affected by the nerve agent incident in Salisbury in March 2018. This involved using biomarker data to determine within minutes whether a person had been infected

• developing a tool using genomics to diagnose tuberculosis more quickly and accurately. The device allows researchers to predict the resistance and transmissibility of the disease by analysing its genome automatically. It has been adopted by PHE and is the first example of genomic-based diagnostic service in routine use worldwide

"From the eradication of smallpox, record low smoking rates and ever-increasing life expectancy, the UK’s public health record is a roll call of successes which have saved the lives of millions.

"Air pollution can have a devastating impact on our health and is a key issue that we need to tackle through research. We’ve just seen the warmest February day on record and we have a duty to the public to consider the health challenges climate change brings.

"All of our successes to date would have been impossible without world-leading research conducted by some of the best minds at outstanding research hubs up and down the country.

"This new investment, as part of our Long Term Plan for the NHS, will unlock further solutions to some of the biggest challenges facing the health and care system over the next 5 years, aiming to drastically improve all of our lives."

"The NIHR Health Protection Research Units are a globally unique and hugely successful initiative. Having access to the best available, most reliable evidence is critical in supporting PHE’s mission to protect the public, and the work of the HPRUs has had a key role to play.

"We look forward to working closely with university colleagues to craft research programmes that will have a positive impact on the nation’s health over the next 5 years and beyond."

"Tackling threats to public health like air pollution and antimicrobial resistance relies on cutting-edge research and up-to-date evidence. The new NIHR Health Protection Research Units will lead the way in producing the evidence needed to inform policy and safeguard public health, as well as building research capacity in this important field so that we can tackle the challenges of the future."