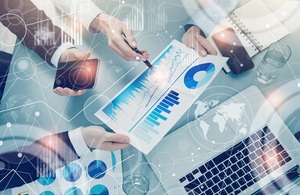 Commenting on the GDP publication this morning the Scottish Secretary Alister Jack said:

"These figures confirm the significant impact of coronavirus on Scotland’s economy.

"The UK Government has put in place unprecedented measures to support people, right across the country, through the pandemic.

"We are supporting almost 900,000 jobs in Scotland through the pioneering furlough and self-employed schemes and have loaned more than £2.3 billion to 65,000 Scottish businesses. This is on top of an extra £6.5 billion of funding for the Scottish Government.

"The UK Government is doing all it can to drive our economic recovery. That includes our £1k job retention bonus, a £2 billion Kickstart scheme to create thousands of high quality jobs for young people, cutting VAT to restart tourism businesses and boosting hospitality businesses with our ‘Eat Out to Help Out’ scheme.

"We know that there are very real challenges ahead of us. The UK Government will continue to do everything possible, working with the Scottish Government, to support people in Scotland through this difficult time."

Estimated GDP figures for June 2020 have been published by the Scottish Government.

Scotland’s onshore GDP (not including offshore oil and gas extraction) is provisionally estimated to have increased by 5.7% in real terms during June. This follows an increase of 2.3% in May and falls of 19.2% in April and 5.8% in March.

During March and April, output fell in nearly every part of the economy. In May the results were more mixed, with some parts of the economy seen to begin a pickup in activity, but many industries across the services sector experiencing further falls or remaining flat. In June, a much wider pickup in activity can be seen, with output estimated to be increasing in all Scotland’s main industry sectors, and in most of the sub-sectors within these.

Despite the increases in May and June, Scotland’s GDP remains 17.6% below the level in February 2020, while the UK’s GDP as a whole has reduced by 17.2% compared with February 2020.

The unprecedented nature of this drop in output can be contrasted to the financial crisis and recession in 2008 and 2009, where Scottish GDP decreased by around 4% over the course of 18 months. Throughout the 2008 Recession, UK GDP shrunk by no more than 2.1% in a single quarter.

These results are provisional and likely to be revised in the coming months.

From:
Office of the Secretary of State for Scotland
The Rt Hon Alister Jack MP