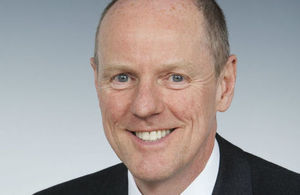 Free schools in England are helping give six and seven-year-olds the basic skills they need for future success, as they outperform other types of school for the fifth year in a row.

Phonics results from the 188 primary free schools in England are 4 percentage points higher than in council-run schools.

"If children are to achieve their full potential it’s vital that they are given firm foundations to build on – and that’s what these statistics show is happening. It’s particularly pleasing to see free schools doing so well, illustrating the important role they play in the system.

"Mastering phonics, which provides a solid foundation for reading, along with basic numeracy and literacy, means these pupils will be able go on to apply these skills in more and more advanced ways.

"It’s because of the hard work of teachers and our keen focus on raising standards at the earliest stages of education that we’ve been able to see these results."

Free schools, introduced in 2010, are funded by the government but aren’t run by the local council. They have more control over how they do things.

Phonics provides pupils with the building blocks they need to read fluently and confidently, as well as aiding future learning and giving them the tools they need to express themselves. Other countries are looking to emulate the success of this approach, with policy makers in Australia currently piloting this screening check.

The government has invested in programmes to help raise standards in our primary schools. In 2018 we launched a £26.3m English Hubs programme. We have appointed 34 primary schools who will support nearly 3000 schools to improve their teaching of reading through systematic synthetic phonics, early language development, and reading for pleasure. This is on top of £41 million to follow the same approach to teaching maths as world-leading countries through the Shanghai Mastery for Maths programme. ‎This is on top of wider changes to the primary assessment system which will reduce unnecessary workload for teachers so they can focus on what really matters in the classroom.