Appointment of Permanent Secretary to the Ministry of Defence

The Cabinet Secretary, with the approval of the Prime Minister, has announced the appointment of David Williams as the new Permanent Secretary to the Ministry of Defence (MOD) 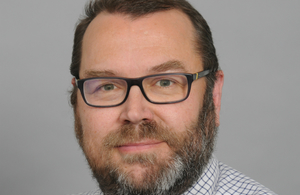 The Cabinet Secretary, with the approval of the Prime Minister, has announced the appointment of David Williams as the new Permanent Secretary to the Ministry of Defence (MOD). David will be replacing Sir Stephen Lovegrove who has been appointed National Security Adviser.

David will take up his post on 6 April 2021. Shona Dunn will be appointed as Second Permanent Secretary at the Department for Health and Social Care (DHSC), moving to take over the role that David leaves.

The Secretary of State for Defence, Ben Wallace MP said:

"I’m pleased to welcome David Williams back to the Ministry of Defence as the new Permanent Secretary. David brings a wealth of experience from across Government and rejoins the department at an exciting time. Following last year’s record multi-year settlement, and this week’s publication of the Defence Command Paper, there is much to do to fulfil the ambitious goals we have set for ourselves. I’m confident David will lead the department to achieve those ambitions.

"I’d also like to thank Sir Stephen Lovegrove again for his hard work and dedication over nearly five years and look forward to continuing to work with him as the National Security Adviser."

"David’s appointment is great news for the Ministry of Defence. David brings to the role a wealth of leadership experience from his time at DHSC along with a deep understanding of the MOD from his previous roles in the department.

"I would like to thank Stephen Lovegrove for his leadership of the department for the last five years and look forward to working closely with him in his new role as National Security Adviser.

"I would also like to congratulate Shona on her appointment as Second Permanent Secretary at the Department of Health of Social Care."

"I am really pleased to be returning to the Ministry of Defence, where I started my civil service career, reconnecting with old friends and making new ones. With the publication of the Integrated Review and this week’s Defence Command Paper, there is lots to do and I am looking forward to working with the Defence Secretary, the Ministerial team and the fantastic people at MOD – military and civilian alike – to take forward the Government’s plans."

David is currently Second Permanent Secretary at the Department for Health and Social Care and has spent 6 years in the organisation. His previous role was as Director General, Finance and Operations where he was responsible for DHSC and NHS finance, strategy and system oversight.

From 2012 to 2015 David was Director General, Finance at the MOD where his portfolio covered defence planning and programming, financial management and investment proposals and accountability frameworks.

From:
Cabinet Office
Ministry of Defence
Department of Health and Social Care