Mentoring schemes and top scholarships for children in care 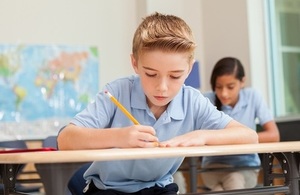 Children in care could receive mentoring or scholarships from some of the country’s top independent schools as part of a wider drive to raise outcomes and ambitions for these vulnerable young people.

Children and Families Minister Nadhim Zahawi will launch a national scheme between independent schools and councils today (Tuesday 4 December) to improve the offer they make to young people growing up in care, who too often struggle to get ahead in mainstream education as a result of their challenging upbringing.

He will set out his vision for looked-after children, including those who display particular gifts in subjects from sports to science, by helping them access specialist schools or facilities, and will announce a network of regional hubs in 2019 to focus on improving these young people’s academic outcomes.

Speaking at the Boarding Schools Partnership conference in London, the Children and Families Minister will say:

"Children in care often find themselves marginalised, struggling to make a success of themselves at school through no fault of their own but because of the chaotic start to their lives.

"Your background should not determine your future. I am living proof that the right support at the right time can transform a life – as an immigrant child I struggled in school, and now, as the Minister responsible for children in care, I am determined they too have every chance to fulfil their potential.

"We need to dream much bigger for these vulnerable children and raise ambition and belief in what they can achieve - whether that means school scholarships, mentoring or help applying to university. Many independent schools are already putting this in action, so this new scheme will help even more provide that stability."

It builds on his commitment to expand existing schemes that already offer opportunities to children in care and his ambition for as many as 1,000 independent schools to be involved.

The Minister’s call to arms builds on a successful 10-year project run by the Boarding Schools Partnerships and Norfolk County Council, where young people who were either in care or at risk of going into care were taken off the council’s risk register after at least three years in a boarding school. A higher proportion of looked-after children who were at boarding schools achieved A* to C grades in GCSE maths and English, compared to all looked-after children in 2016.

By establishing up to 10 of these hub areas – creating partnerships between councils, independent and boarding schools, social workers and Virtual School Heads – the government aims to replicate some of the outcomes seen in Norfolk.

In these areas, more children in care will be offered places at partner independent or boarding schools, but will also benefit from meaningful opportunities and activities from these schools without attending as pupils – in recognition that boarding full time may not always be the best option for every child.

In each hub, arrangements will be put in place setting out the services available to children in care, including:

• the academic support they will receive, with a particular focus on tutoring, mentoring or contributions towards activities in the school holidays;

• the activities they will benefit from that help to widen their extra-curricular skills, such as work experience opportunities, targeted help with writing UCAS statements, or debating clubs; and

• their access to independent schools’ sports, drama or music facilities.

The plans will also provide schools with advice and guidance on how to target bursaries towards looked-after children. They will also provide options between partners for funding these places, using the Boarding Schools Partnerships model as an example, where more than 60 independent schools are already signed up to offer bursaries at reduced rates for children in care.

"Too often young people find themselves shut out of the Higher Education and employment opportunities that are accessible to peers who have not experienced traumatic experiences in their young lives. Highgate’s long-standing Chrysalis Accelerator programme provides a model for other independent schools to consider when exploring ways to engage with these especially vulnerable young people.

"Independent day schools have a tremendous amount to offer these young people and our hope would be to see the Chrysalis Accelerator inspire other independent day schools to adapt their framework to set up similar programmes across the country, responding to areas of particular need on a local level."