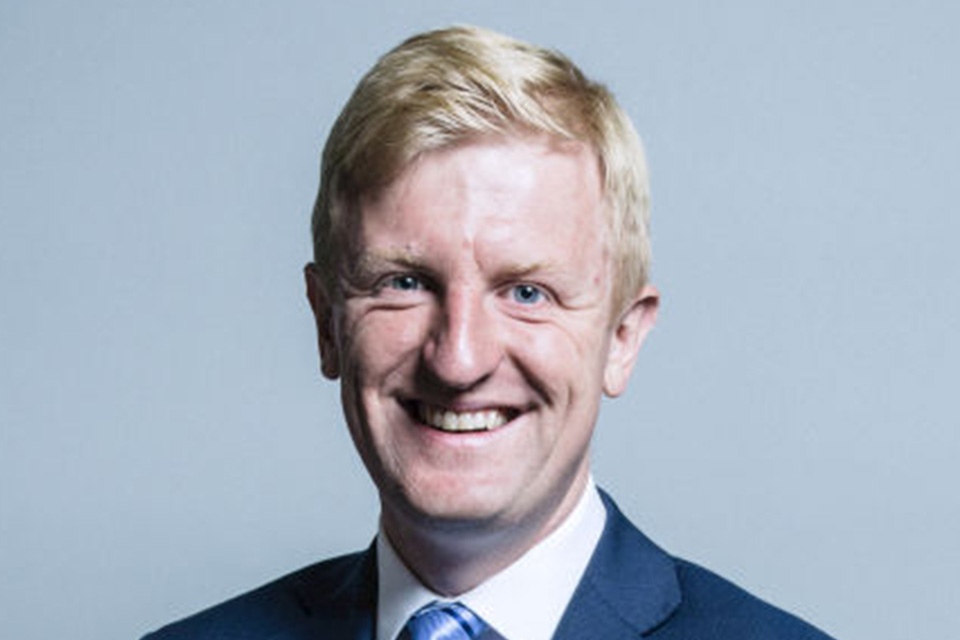 It’s a real pleasure to be here for my first speech as Secretary of State and to open this important conference. Thank you all for being here.

But I’d like to reassure you - this is the job that I wanted, that I lobbied for, and that Prime Minister permitting I intend to keep for quite a period of time.

The idea that DCMS was ever the “Ministry of Fun” is a myth - although of course there is still a lot of fun to be had.

DCMS is in fact the ministry of the future - a delivery focused department that is a shining example of the qualities that will enable us to thrive as a nation outside the EU.

It is a department with real economic heft, representing heavyweight sectors that are flourishing and growing.

Few people would believe that DCMS sectors contribute more to the economy than manufacturing and agriculture combined.

In fact, our sectors now account for almost 12 per cent of the UK economy.

And this is showing no sign of slowing down.

Our creative industries are growing at over five times the rate of the UK economy as a whole.

Whilst our world-leading tech sector, which I saw up close in my previous role at the Cabinet Office, is experiencing the highest level of investment in its history.

Our sectors are on the up because the creativity, inspiration and ingenuity that our sectors deliver in spades is increasingly in demand.

We are helping to create the future-proof jobs and lasting careers that will be filled by the next generations.

And indeed I have seen this close to home in my own constituency.

I have the unique honour of being the MP for Albert Square, as BBC Elstree is located in my constituency.

Alongside the Elstree film studios, home to everything from Strictly Come Dancing to the Crown, as well as the original Star Wars films.

And I’m very excited they will soon be joined by Sky’s enormous new studios.

Thanks to our broadcasting and production sector, Elstree is synonymous across the world with technical and creative excellence.

But that story isn’t just confined to Elstree. It is repeated up and down the country.

Our industries act as a magnet for local economies, drawing in talent and investment, and helping to rejuvenate local communities.

That is why as a Government, we know that DCMS sectors are at the heart of our success as a nation.

So I pledge to you that I will be your number one advocate. At the Cabinet table, in Whitehall and far beyond.

Because this department has an incredible opportunity to deliver and to drive reform.

I have only been in this role a few weeks, and wherever I have travelled:

I have seen the transformative role that our sectors have.

This work is crucial to the new Government’s agenda of levelling up.

And one of our biggest priorities is helping to transform communities who haven’t felt the benefits of the change we have seen in recent years.

So we can spread prosperity across all the UK, and create meaningful career paths that don’t simply involve moving to our capital.

And that is why connectivity is such a priority for this Government.

Connectivity is the lifeblood of any modern digital economy.

It can create thriving tech scenes in rural areas.

It can enable closer relationships for the socially isolated.

And it can open people up to a world of inspiration and education.

And to be a truly meritocratic nation, the delivery of nationwide full fibre and gigabit capable broadband is an imperative.

So anyone can succeed and thrive, regardless of their background or their postcode.

That is why we made our guarantee to deliver gigabit broadband to all parts of our United Kingdom.

And we recently announced five billion pounds of funding to subsidise deployment in harder to reach areas of the country.

So to all of the operators here today - I know that many of you share our ambitions on digital infrastructure, and your investment and action will be crucial to delivering this.

And I really am looking forward to working with you to make this happen.

But it’s not just enough to have the infrastructure. It’s also about what we do with it.

It is vital to ensure that users are protected, particularly children online.

So through our Online Harms White Paper we are tackling online harms and holding tech companies to their promises.

But I am very conscious of the fact that we must be careful, that we do not see technology solely through the prism of harms against which we must guard.

We have an opportunity as we leave the EU to be an unashamedly pro-tech nation, and unleash all the innovation and enterprise that emerging technologies can provide.

And this includes data, which is the beating heart of any digital economy.

Data is not a dirty word. It can stimulate the products and applications that make the world a better place.

And so we should be positive about the economic impact and growth potential that it can provide.

As Secretary of State you will see me champion the open and effective use of data.

And removing unnecessary barriers whenever they arise.

Because we have a unique opportunity for the UK to be the best place in the world to innovate, and create wealth and prosperity through the use of data.

I am conscious that the Government is asking a lot from the tech sector, through different legislative and regulatory initiatives - I don’t need to go through them, you are familiar with them.

I want to assure you today that I will be driving a coherent and pro-innovation approach to governing tech, so innovators everywhere can be assured that we will be on their side.

Because there is so much potential here.

Technology is transformative by its very nature.

It has helped to spur innovation across all of our sectors, including of course the media.

But in the midst of this change, we need to make sure that we don’t lose the benefits of the media ecosystem that we already have, including of course our public service broadcasters.

And when it comes to public service broadcasting, we should firstly recognise the unique contribution that the BBC and others have made to our cultural heritage.

From Dad’s Army to Fawlty Towers, from Gavin and Stacey to Strictly, and from Blue Planet to Blue Peter, they have brought generations together.

And helped frame our uniquely British sense of self in a way that no international or commercial broadcaster has come remotely close to replicating.

It is respected globally, as much as the NHS and our universities, reaching over 400 million people around the world every week.

But as a Conservative, I also understand that for institutions to retain support and relevance, they have to change.

And in the coming years we will of course be taking a proper look at our public service broadcasting system and the BBC’s central role within it.

This will start with the consultation on whether to decriminalise TV licence evasion.

That will be followed by the process for agreeing the next licence fee settlement.

And then, the mid-term review of the BBC Charter.

All of this will be in the context of a licence fee based charter that runs until 2027.

And as we do this we will need to consider a number of questions.

First, does the BBC truly reflect all of our nation and is it close to the British people?

If we’re all honest, some of our biggest institutions missed, or were slow to pick up, key political and social trends in recent years.

The BBC needs to be closer to, and understand the perspectives of, the whole of the United Kingdom and avoid providing a narrow urban outlook.

By this, I don’t just mean getting authentic and diverse voices on and off the screen - although of course this is important.

But also making sure there is genuine diversity of thought and experience.

And this matters, because if you don’t have that, you miss what’s important to people.

And at a time of proliferating content, being relevant matters more than ever.

And the second question is does the BBC guard its unique selling point of impartiality in all of its output?

I’m sure you’ve all seen recent Ofcom research that shows the perception of news impartiality is currently lower for some public service broadcasting channels than commercial channels such as Sky and CNN.

Ultimately, if people don’t perceive impartiality, then they won’t believe what they see and what they read and they’ll feel it is not relevant to them.

In an age of fake news and self reinforcing algorithms, the need for that genuine impartiality is greater than ever.

And the final question for me - is the BBC ready to embrace proper reform to ensure its long term sustainability for the decades ahead?

We know that half of all UK households have a subscription to a major streaming service, while under 18s now spend over an hour a day on YouTube.

My generation is no longer just turning on the TV when we get home, but is consuming different types of content through the likes of iPlayer and Netflix.

When there is so much choice around, the BBC and our public service broadcasters need to think boldly.

So, the BBC is an institution to be cherished.

We would be crazy to throw it away but it must reflect all of our nation, and all perspectives.

And it must rise to the challenge of how it will ensure its sustainability as a crucial service in a rapidly changing world.

This work, and the work we are doing as a department, is crucial.

Because we have so many chances to demonstrate that we are a nation that is fizzing with creativity, openness and ambition.

I very much hope to be leading DCMS in 2022, a year which will be an important milestone for our country.

We will be marking the 100th anniversary of the BBC.

We will be celebrating the Platinum Jubilee of Her Majesty the Queen.

We will be welcoming the world to Birmingham to host the Commonwealth Games.

And we will be hosting a UK-wide Festival, showcasing our creativity and innovation, led by Martin Green CBE.

So 2022 represents a brilliant opportunity. And I hope that you can add your talent and expertise so we make it the best it can be.

Because we are writing a new chapter of this nation’s history.

We are at the start of a new decade, a new Government, and a new future outside the European Union.

And groundbreaking - our sectors will be crucial to Britain’s success.

And I really can’t wait to work with all of you on this vital mission.