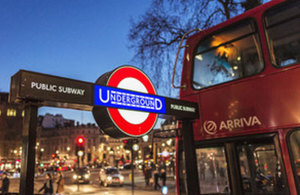 The government has today (25 February 2022) agreed a fourth extraordinary funding settlement for Transport for London (TfL) worth £200 million, allowing the capital’s transport network to continue to operate while representing value for money for all taxpayers.

The settlement will run until 24 June 2022, reaffirming the government’s commitment to the network as it recovers from the pandemic and continues to work towards long-term financial sustainability.

Recognising the need for stability and forward planning, the new deal also includes the potential for a longer-term capital investment settlement for TfL. This would be agreed ahead of the next financial year and will be dependent on the Mayor and TfL’s cooperation with the government, including providing sufficient information regarding its capital investment plans and meeting conditions set out in the previous settlement.

This follows 3 previous emergency funding packages and takes the government’s support for TfL, since March 2020, close to £5 billion. This is on top of an additional pledge to provide over a billion pounds of capital investment every year in October’s Spending Review.

"Over the past 2 years, the government has repeatedly shown its commitment to London and the transport network it depends upon, by providing close to £5 billion in emergency funding.

"These support packages must be fair to all taxpayers and the settlement agreed today provides enough to cover lost revenue from the pandemic while the Mayor follows through on his promises to keep TfL on the path to financial sustainability by 2023."

In this funding settlement, the Mayor will consult on the options he believes will raise between £500 million and £1 billion of additional yearly revenue from 2023. He will also be outlining options to achieve operating cost savings of up to £400 million in 2022 to 2023 and delivering against TfL’s accelerated modernisation plan while making significant progress in moving the pension fund into a financially sustainable position.

Throughout this period, government will continue to work closely with the Mayor and TfL to ensure London’s transport system delivers for Londoners and contributes to the entire country’s economic recovery while maintaining the interests of national taxpayers.