School funding to be made fairer and clearer

School funding will be made simpler, fairer and more transparent as the Government levels up education across the country 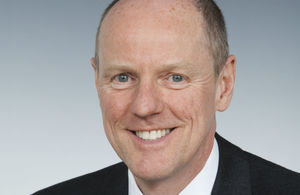 School funding will be made simpler, fairer and more transparent as the Government levels up education across the country.

At the moment, the Government provides funding for schools according to a formula that takes account of factors including the needs of individual pupils and much more. But each local council sets its own formula for how to distribute that funding between schools in its area. It means similar schools can get different levels of funding – just because they happen to be in different parts of the country.

Today, Thursday 8 July, the Government is launching a consultation that seeks views on how to simplify that process and, ensure all schools are funded on a single, fair and consistent basis.

The Government is providing the biggest uplift to school funding in a decade – £14 billion in total over the three years to 2022-23 –as well as investing in early years education and targeting our ambitious recovery funding, worth £3 billion to date, to support disadvantaged pupils aged two to 19 with their attainment.

"Parents and families deserve to know that the extra money we are putting into the education system is benefitting their children, wherever they live.

"We are delivering the biggest increase in school funding in a decade, with total additional funding of over £14bn over three years – but it is important the money is distributed fairly.

"We’ve already taken significant steps by removing the postcode lottery of the previous funding system but now it is time to go further and make the system simpler and more transparent – and ensure every school is treated fairly, wherever it is in the country."

The proposals in this consultation will help to complete the current programme of reforms to the funding system. It will make the funding system simpler and more transparent for all involved by better matching funding to the needs of each school and delivering on the government’s manifesto commitment to level up education across the country.

It will also help to underpin the government’s ambition for all schools to be part of a strong multi-academy trust, meaning all schools within a multi academy trust will be funded on a consistent basis, regardless of which local authority they happen to be located in. This will provide trusts with the predictability needed to make the best use of resources and drive up academic standards.

The consultation will allow the department, with the sector, to work through how specific aspects of the current funding system would need to change and be developed, including:

• Ensuring a smooth transition for schools as we implement reforms
• Supporting effective SEND provision for schools
• Developing the schools NFF, particularly to improve how funding is allocated to schools that face additional premises costs

This is the first stage of the consultation on these reforms to the NFF, and it will be open for responses until Thursday 30 September. A second stage consultation will be published at a later date with more detailed proposals, following feedback to this first consultation. The department recognises that these proposals mark a major reform to the funding system, and is therefore taking a gradual, measured approach. In completing these reforms to the NFF over a number of years, we will consider the impact of each transitional step before making the next move. A majority of local authorities have moved towards the NFF since its introduction in 2018- 19. 73 local authorities, of 150, are now mirroring the NFF funding factors almost exactly. Our proposals will ensure continued, gradual movement of LA formulae towards the NFF.

From:
Department for Education
The Rt Hon Nick Gibb MP