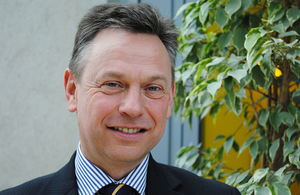 In his report the commissioner highlights:

• his extensive survey of all police forces in England and Wales to understand their surveillance camera ‘footprint’ and how they are complying with legal requirements under the Protection of Freedoms Act (PoFA) and the surveillance camera code. All forces now have a Senior Responsible Officer responsible for force compliance with the PoFA

• building momentum behind the National Surveillance Camera Strategy for England and Wales to deliver:

• developing a new ‘Buyers’ Toolkit’ – an easy-to-follow guide for non-experts (aimed at small to medium enterprises) that are thinking about buying a surveillance camera system, and want to ensure that they buy an effective system that does what they want it to do

• formulation and first meetings of the Automatic Number Plate Recognition Independent Advisory Group, chaired by the commissioner, to scrutinise the deployment and operation of automatic number plate recognition as a surveillance tool

• the emergence of automatic facial recognition as a viable technology used by both state and private organisations.

"Yet again it’s been an incredibly busy and challenging year. I’ve continued to see lots of great examples of good practice from relevant authorities and those who fall outside the scope of this definition. Equally there is room for improvement and I am working with the strand leads on the National Surveillance Camera Strategy to raise standards."