Climate action is necessary for international peace and security

Statement by Lord Ahmad of Wimbledon, UK Minister of State for the UN, at the Security Council Open Debate on Climate Security 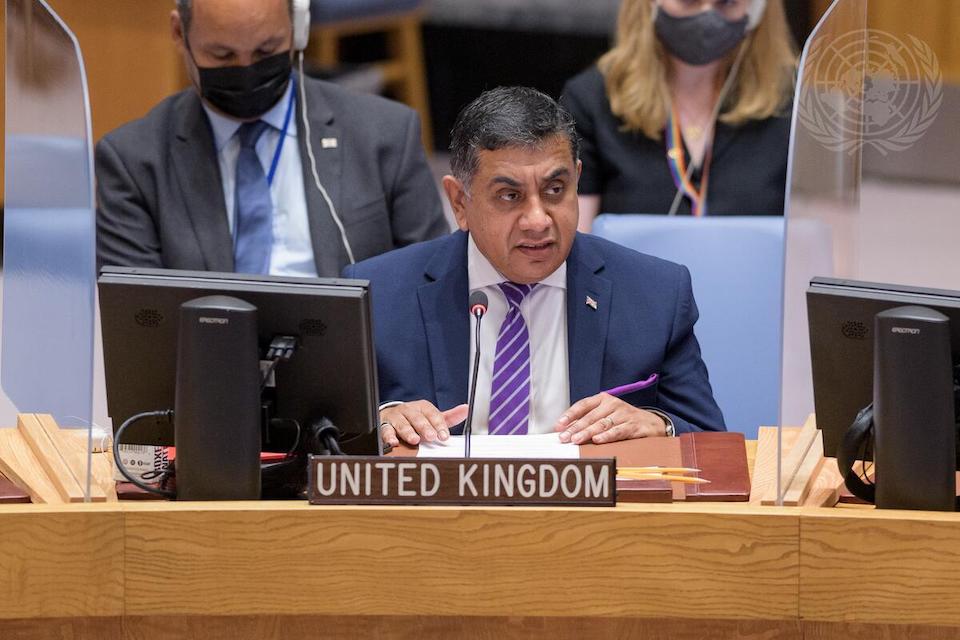 May I from the outset thank the Secretary-General and Ilwad Elman for their very powerful and insightful contributions which has really set the tone of today’s important debate.

With the climate crisis posing an existential threat, not just to our shared environment, but to our common security, this debate is absolutely critical. And therefore Taoiseach, to you and to Ireland, I thank you for convening this very important debate in a very timely fashion.

Indeed as we look around this world of ours, the nations suffering most from this crisis were already amongst those that are counted as the world’s most fragile. A dozen of the most vulnerable are already enduring the weight of armed conflict. Climate change acts as a cruel multiplier here, making bad situations much much worse.

With institutions failing, communities displaced and societies insecure, conflict-riven nations are ill-equipped to cope with the impacts of climate change. It indeed risks pushing fragile regions over the edge. It threatens to displace millions of people. Cities, towns and indeed villages could be erased from the map.

And the consequences of climate change, yes as we’ve heard already, hit the most vulnerable. They hit women and girls particularly hard, from the risk of violence in camps for displaced people to the threat of child marriage when parents are plunged into poverty. And as we heard so powerfully from Ilwad Elman and as the Prime Minister’s Special Representative on Preventing Sexual Violence in Conflict, it was particularly poignant to hear from her how we continue to see sexual violence tragically still used as a weapon of war, as a weapon of conflict.

We need the UN system to report comprehensively on the links between climate and security, so we indeed have the best information to inform our decisions. We need the right people, with the right training and experience, within UN missions to anticipate and respond to the climate crisis that exists. And of course those missions should be as clean and as green as possible, through responsible stewardship.

To serve our shared interest in international peace, the Security Council should listen to those countries experiencing first-hand the impact of insecurity compounded by climate change.

It is also crucial that women and girls play a full and meaningful role in work to address climate change, to resolve conflict, if we are to address gender inequality and truly achieve our set objectives.

Inclusive and united, we can show global leadership in the face of global threats. As all members are aware, the UK is truly honoured to be hosting COP26 but a few weeks from now in Glasgow, Scotland. At COP26, as our Prime Minister articulated only yesterday in his speech to the General Assembly, we are approaching a crunch point where those efforts need to turn to urgent action, from us all, irrespective of who we are, where we are.

We must act now if we are to stop temperature increases breaching 1.5 degrees above pre-industrial levels. We must do this by bringing forward net-zero commitments, ambitious Nationally Determined Contributions, and the policies and actions needed to deliver them.

We must act now to secure the finance to help vulnerable states adapt to our changing climate. The UK is already demonstrating how this can be achieved. We welcome other recent announcements including those from the United States this week.

Last year, we committed to cutting emissions by at least 68 per cent by 2030, the fastest rate of reduction of any major economy. Our climate finance commitments for the next five years stand at more than $16 billion. The new Adaptation Action Coalition, which we launched in January, will target action on priority sectors.

But – as this council has repeatedly shown since its inception – global threats can only be countered with global action. All arms of this great institution that is the UN, including this Council, have a critical role to play to meet this existential threat.

We must act effectively, we must act urgently and we must act together. It is this critical action, indeed it is our collective moral duty. For it falls on all of us here today, as custodians of the future, we are choosing and indeed building for our children and generations to come.