Magistrates are to have their sentencing powers increased in order to reduce pressure on the Crown Courts and speed up justice, it was confirmed today (18 January 2022) 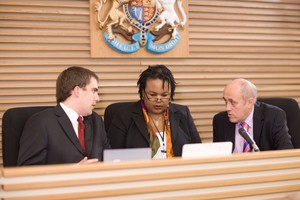 • Magistrates to give prison sentences of up to 12 months – double the current maximum
• this will free up nearly 2,000 extra days of Crown Court time each year
• latest step to drive down the backlog and speed up justice in the pandemic

Under plans announced by Justice Secretary Dominic Raab, the maximum 6-month prison sentence that can currently be handed out by Magistrates is to be doubled to a year – freeing up an estimated 2,000 extra days of Crown Court time annually.

Today’s move will increasingly allow the serious cases heard by magistrates – such as fraud, theft and assault – to be sentenced by them too. At present, any crimes warranting a jail term of more than 6 months must be sent to Crown Court where judges determine the appropriate sentence.

Retaining more cases in the Magistrates’ Courts, which have been less severely affected by Covid, means Crown Courts can focus their resources on tackling the backlog which has built up during the pandemic.

"This important measure will provide vital additional capacity to drive down the backlog of cases in the Crown Courts over the coming years.

"Together with the Nightingale Courts, digital hearings and unlimited sitting days, we will deliver swifter and more effective justice as we build back a stronger, safer and fairer society after the pandemic."

These plans build on the significant action taken since the start of the pandemic to drive court recovery. This includes:

• Investing a quarter of a billion pounds to support recovery in the courts in the last financial year – plus over £50 million for victims and support services.

• Ensuring there is no limit on the number of sitting days the Crown Court can sit this year.

• Setting up Nightingale Courtrooms across the country to increase capacity and ensure more trials can be heard – with a commitment to extend 32 Crown court rooms that deal with criminal trials until the end of March 2022.

• Creating two state-of-the-art ‘super courtrooms’ which can accommodate up to 12 defendants, increasing capacity for large trials.

The impact of these measures is already being seen. The number of outstanding cases has dropped by around 70,000 in the Magistrates’ Court since its peak in July 2020, while the caseload in Crown Court is starting to come down.

"We have been campaigning for years for magistrates’ sentencing powers to be extended to 12 months for single offences, so we are delighted with the Lord Chancellor’s announcement today. It is absolutely the right time to re-align where cases are heard to ensure a safe, effective, and efficient justice system and this demonstrates great confidence in the magistracy.

"Magistrates have been integral in keeping the justice system functioning during the Covid-19 pandemic and, by enabling them to hear more serious offences, this new provision will mean they can contribute to easing the pressure on the Crown Courts.

"I know our members and colleagues will take up this new level of responsibility with pride, professionalism, and integrity and will – as always – strive to deliver the highest quality of justice in their courts."