Call for views for independent review into local authority audit 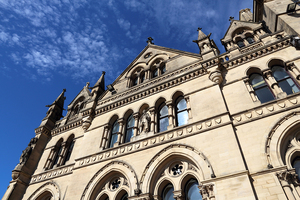 An independent review is calling for views on the quality and effectiveness of the audit and financial reporting of local authorities in England.

The review, led by the former President of the Chartered Institute of Public Finance Sir Tony Redmond, was launched in July 2019 to examine the effectiveness of local authority financial reporting and the audit regime.

It will also examine whether the financial information provided in local authority accounts facilitates scrutiny by local taxpayers and by local press.

Today (17 September 2019) the independent review has announced it is seeking views on the topic and encourages practitioners who work in the local government sector, the audit community, representative bodies and other relevant or interested parties, to submit their response to an open set of questions.

"It’s important that local authorities are held financially accountable to reinforce public confidence and deliver value for money for taxpayers.

"That’s why the independent review being carried out by Sir Tony Redmond, to ensure a robust local audit system, is so vital. I encourage all interested parties to submit evidence to help inform the review’s recommendations."

"This call for evidence is a key part of my review of the effectiveness of audit in local authorities and the transparency of their financial reporting.

"I will look to test the assurance processes in place with regard to value for money arrangements together with the financial resilience in local councils.

"I am keen to hear from practitioners as well as the audit community, and will consider all information as I formulate my report to the Secretary of State."

Sir Tony is a former local authority Treasurer and Chief Executive. He has also worked as a Local Government Boundary Commissioner and held the post of Local Government Ombudsman, along with a number of non-executive positions in the public and third sectors.

The call for evidence will close on 22 November.

Sir Tony Redmond is expected to submit his report with initial recommendations the Secretary of State in January, with a final report published in March 2020.

Read the call for views. Views can be submitted to the review team using the email address redmond.review@communities.gov.uk.

Local authorities in England are responsible for 22% of total UK public sector expenditure.

The review will also look at how councils publish their annual accounts and if their financial reporting system is sufficiently transparent to be held to account.

Read the full terms of reference of the review.

The review of financial reporting and external audit follows the full implementation of the Local Audit and Accountability Act of 2014.

The responsibilities for local authority audits and how they are conducted is set down within the Local Audit and Accountability Act 2014.

The 2014 Act gave effect to manifesto commitments to abolish the Audit Commission and its centralised performance and inspection regimes and put in place a new localised audit regime, refocussing local accountability on improved transparency.

Now the Act has been fully implemented, the government is required to review its effectiveness. This review will meet the Ministry of Housing, Communities and Local Government’s commitment to undertake a post implementation review of the audit framework and financial reporting elements of the Act.