New Chief Executive for Her Majesty’s Courts and Tribunals Service 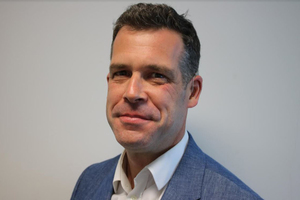 Nick is currently Chief Executive of the Office for the Public Guardian and his appointment was approved by the Prime Minister after an open competition.

Before becoming the Public Guardian in 2019, he was Director for Access to Justice policy at the Ministry of Justice.

Commenting on his appointment, Antonia Romeo, Permanent Secretary at the Ministry of Justice, said:

"Nick is a talented public servant with valuable MoJ and agency experience. I know he will lead HM Courts and Tribunals Service with energy and integrity, working with colleagues across MoJ and our partners to continue to deliver our ambitious court reform programme and ensure we remain on track in our pandemic recovery. He will make an excellent addition to MoJ’s Executive Committee and Departmental Board.

"I’d also like to thank Kevin Sadler for his excellent interim leadership of HMCTS. During his tenure, HMCTS has helped keep the justice system moving and taken important steps to begin to recover from the effects of the past two years. He has been a terrific colleague and I wish him all the best for his retirement."

"I am delighted for Nick to be joining HMCTS as Chief Executive. Having spent the majority of his career working in justice, often working closely alongside HMCTS colleagues, Nick’s experience and knowledge means he is perfectly placed to help us continue to address the challenges that we face while building for the future and delivering our programme of transformational reform. I look forward to working alongside him and the strong team in place in HMCTS to continue to deliver a justice system fit for the twenty-first century.

"In welcoming Nick, I would like to pay tribute to Kevin Sadler, with whom it has been a pleasure to work since I became HMCTS Chairman. As Acting Chief Executive for the past 18 months, Kevin’s leadership has been vital in ensuring that justice could continue to be served throughout the pandemic and in starting the journey of recovery from its effects. After a long and distinguished civil service career, including 20 years with HMCTS and its predecessors, I wish Kevin an enjoyable and fulfilling retirement."

Arrangements are being put in place to begin the process of identifying a new Public Guardian.

"I am delighted to have been given the privilege of leading Her Majesty’s Courts and Tribunals Service. Having spent the majority of my career working alongside Courts and Tribunals staff and the Judiciary, I know there is nothing more important, nor rewarding, than upholding the rule of law and administering justice.

"HMCTS is successfully tackling the backlog which has built up during the pandemic and making the most of the opportunity to transform the justice system. I know that by building on the commitment and talent of our people, and working closely with others, we can continue to improve and modernise our excellent justice system. I am very much looking forward to progressing this work and becoming part of a talented and dedicated team."

Nick Goodwin will take up the position on 14 March 2022 and Kevin Sadler will remain interim chief executive until 25 March 2022 to ensure a full handover.