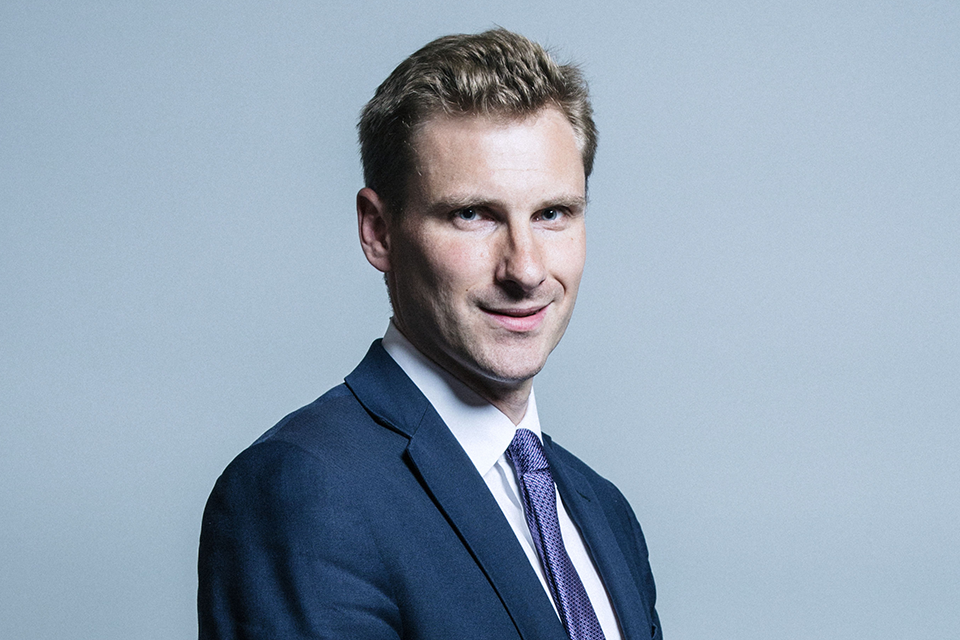 Thank you to all members who have spoken in this extremely thorough two day debate.

The public expects this House to protect our borders. They expect us to combat the dinghies crossing the English Channel and they expect us to remove those with no right to be here. This Bill will deliver those people’s priorities.

This Bill is fair but firm. Fair to those people in genuine need, but form towards those people seeking to abuse the system.

Firstly, let me reiterate the Government’s commitment to supporting those in genuine need. Of course, we cannot help all 80 million displaced people around the world who may wish to come here, but we will play our part.

Firstly, we are continuing our world-leading Resettlement programme, where, working with the UNHCR we resettle the world’s most vulnerable. We have resettled 25,000 people in the last 6 years, more than any other European country and half of them children. And we will be strengthening this arrangement by immediately granting indefinite leave to remain to those people entering via the resettlement programme. I am concerned by the resettlement outcomes, only 5% are in work after a year, so we are going to do more on integration and we’re going to draw in a wider range of persecuted people. Recognising, for example, that the most persecuted group globally are persecuted Christians.

We’re not just running Europe’s biggest resettlement programme, we are also, as we speak, bringing locally engaged staff in Afghanistan to the United Kingdom and we have opened up a route for BNOs from Hong Kong to come here. And in addition to that 29,000 people have come her over the last 6 years as part of refugee family reunion.

I’m very disappointed that of the 32 local authorities in Scotland, only one, Glasgow, takes dispersed asylum seekers. So if Scotland wants to do more, they have the opportunity to do so. And moreover, when it comes to taking unaccompanied asylum seeking children under the national transfer scheme, of the 600 or so who were transferred last year, Scotland took a very small handful. Those children have over £50,000 a year funding going with them. There are children right now in Dover who need to be looked after so I call on the Scottish Government to put action behind their words and take some of those children on tonight.

So let me be clear. The UK will always play its part for those in genuine need. But we will choose who deserves our help.

Illegal immigration undermines that choice. Instead of the United Kingdom being able to choose the children and families most in need, illegal immigration instead allows those who pay people smugglers, or who are strong, to push their way to the front of the queue.

There is no worse example of that than the small boats crossing the English Channel. Around 80% are young single men who have paid people smugglers to cheat the system. They are not fleeing war. France is not a war zone. Belgium is not a war zone and nor is Germany. These are safe European countries with well-functioning asylum systems. These journeys are dangerous and totally unnecessary, and they push to one side those in greatest need, including women and children.

This Bill contains provisions such that people arriving by small boat and other illegal means will be liable for prosecution and a four year jail term, and people smugglers will face a life sentence. This Bill also gives Border Force the powers they need to make interceptions at sea.

And let me be clear, nothing in this Bill would have made the Kindertransport from the 1930s illegal, that was an authorised and organised programme that would be perfectly legal. Indeed it is analogous to the safe and legal route that we are currently offering locally engaged staff from Afghanistan.

And let me further reassure the House that there is no intention in this Bill to criminalise bona fide rescue operations by the RNLI.

Let me be clear also that nothing in this Bill infringes our international obligations. Article 31 of the Refugee Convention makes it clear that it is permitted to impose penalties where someone has not come directly, I use the word directly, from a place of danger and where they did not have reasonable opportunity to claim asylum somewhere else. But people coming from France are not coming directly from a place of danger, as required by Article 31, and they did have a reasonable chance to claim asylum in France. So these measures are wholly consistent with our international obligations.

Our legal system needs reform. It is open to abuse. People make repeated human rights, asylum and modern slavery claims, often strung out over many years, in an effort to avoid removal. But very often they are later found to be without merit. For example, in 2017, 83% of those last-minute claims raised in detention to frustrate removal were later found to be without merit.

I have seen some terrible examples of murderers and rapists making these claims, without merit, to avoid deportation. And it’s not just me who says that, let me quote what the Lord Chief Justice, Lord Burnett of Maldon, said last October. He said this “Late claims, raised shortly before removal have been endemic, many fanciful or entirely false”. He went on “It is a matter of regret that a minority of lawyers have leant their professional support to vexatious representations and abusive late legal challenges.” The Lord Chief Justice of England and Wales is saying in those remarks that change is needed.

This Bill also has measures on age assessment. We are the only European country not to use scientific age assessments. Recent evaluations in Kent concerning 92 people claiming to be children later found that around half in fact were not. There are very obvious and serious safeguarding issues if men that are 23 years old successfully pretend to be under 18 and then get housed or are educated with 16-year-old girls and we cannot tolerate that.

On modern slavery, this Bill will make sure we identify genuine victims of modern slavery but also avoid unmeritorious claims designed to delay removal or deportation. Where someone is a genuine victim we will make sure they are properly looked after. This policy will make clear for the first time in legislation that confirmed victims with recovery needs stemming from their exploitation will be entitled to a grant of leave where that is necessary to assist them in their recovery or indeed to assist in a prosecution. We hope that by encouraging people to being their claims up front in one go that asylum claims, modern slavery and human rights matters will be able to be identified early and properly but we avoid some of the abuse we have unfortunately seen all too often.

Some members raised questions of detention, claiming it was indefinite. That is of course not the case, we don’t have indefinite detention. 75% of people spend less than a month in detention prior to removal and we have the Hardial Singh case law principles which mean you cannot be detained if there is no prospect of removal. There are frequent opportunities to apply for immigration bail in addition to the protections afforded by Article 5 of the ECHR.

The public expect us to look after those in genuine need. We will do so. But the public also expects us to protect our borders from illegal immigration and promptly remove those with no right to be here. This Bill delivers those objectives.