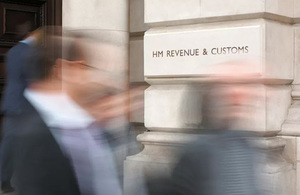 More than £5 billion in extra tax has been secured from multinationals, reveals HMRC, thanks to reforms introduced in 2015 to tackle profit diversion.

The Diverted Profits Tax (DPT) has revolutionised the government’s approach to countering arrangements intentionally used by some multinational corporations to shift their profits abroad and avoid paying tax they rightly owe in the UK.

DPT was introduced specifically to change behaviour – only being charged where businesses aren’t paying the right tax in other areas, principally Corporation Tax. Companies risk being charged a higher rate of tax (25%) upfront if HMRC believes the tax applies.

As a result, many businesses are choosing to cooperate with HMRC investigations and to change their behaviour and pay Corporation Tax on their UK activities rather than the higher rate of DPT.

Figures published today show that since DPT was introduced in 2015 it has helped HMRC to secure a total of £5 billion by:

• settling over 60 investigations for additional Corporation Tax of over £2.2 billion

So far in 2019 to 2020, HMRC has secured another £480 million through DPT investigations, bringing the grand total to £5 billion. HMRC is currently carrying out around 100 investigations into diverted profits arrangements by multinationals.

HMRC has seen an increasing number of businesses changing their behaviour, structures and policies. These changes include increases in both Corporation Tax and VAT as the amount of DPT receipts begin to fall away.

2018 to 2019 saw business restructurings that will increase VAT billed through UK companies by around £1.8 billion. Also in 2018 to 2019 more than half a billion pounds was secured in additional Corporation Tax from diverted profits investigations.

"I’m pleased to say we’re making progress in tackling those who think it’s ok to shift their profits offshore and avoid paying tax in the UK on their economic activities here.

"The £5 billion secured so far since the Diverted Profits Tax was introduced shows that it’s helping to bring in additional money for the UK’s vital public services."

• launched a Profit Diversion Compliance Facility (PDCF) in 2019 to encourage businesses to bring their tax affairs up to date quickly and efficiently – we released guidance to businesses informed by our experiences in investigating profit diversion and are calling on businesses to read our guidance, review their tax affairs and, where applicable, use the facility to disclose any additional UK tax liabilities from the past. It’s been used by around two thirds of the large businesses initially targeted to use it

• begun focusing even more resources on investigating businesses which continue to divert profits, made possible by the successful PDCF work

The 2,000 largest and most complex businesses in the UK are responsible for around 40% of the country’s tax receipts. In 2018 to 2019 this was £251 billion. In 2018 to 2019, where HMRC stepped in to ensure the correct tax was paid, this secured over £10 billion in additional tax revenue from the largest and most complex businesses - money that would have otherwise gone unpaid.

It is not actual tax either owed or unpaid, it is a tool to guide our enquiries to focus on the most significant risks that exist at any particular time with the largest businesses.

In many cases, when we have looked at the full facts, it becomes clear that there is some lesser liability or even no further liability at all. Tax under consideration will naturally vary from time to time as outstanding issues are settled and new risks are identified.