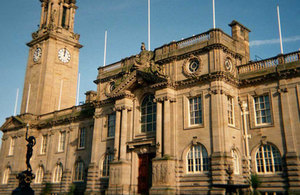 Local authorities will have more certainty to plan their budgets as government confirms it will aim for set dates each year for the provisional and final local government finance settlements, the Minister for Local Government Rishi Sunak MP confirmed today (24 October 2018).

The minister outlined the move in a response to an independent review into the department’s oversight of the business rates system.

The review, led by former Director General at HM Treasury Andrew Hudson, found the department has managed the increasing complexity of the business rates and associated systems well, but its processes for managing the local government finance system should be strengthened further. This is in anticipation of future challenges from the forthcoming Fair Funding Review, the 2019 Spending Review and the changes to business rates and their retention by local authorities.

The review also found the timetable for announcing both the provisional and final local government settlements has over the past few years moved to later in the year, allowing less time for scrutiny and for local authorities to set their budgets. It recommended that future provisional settlements be on or around the 5 December and the final settlement no later than the 31 January.

In a letter to the Chair of the Housing Select Committee, the Minister for Local Government Rishi Sunak MP confirmed the department will accept all of Andrew Hudson’s recommendations and outlined the department is aiming to publish the provisional settlement for 2019 to 2020 on Thursday 6 December 2018. The letter also outlines the need to make sure each year that the settlement timetable aligns with fiscal events and Spending Reviews.

See the full report and letter to Clive Betts MP.

"I thank Andrew Hudson for carrying out this thorough review. We accept his recommendations, and have already taken steps to ensure their implementation.

"We recognise taking a more planned approach towards the provisional local government finance settlement in future will be fundamental to ensuring local authorities are given more certainty, and the time and space to consider their financial positions for the coming year.

"With this in mind we will aim to publish the provisional and final settlements on or around the same dates every year from this December."

Andrew Hudson’s review was commissioned by the department’s former Secretary of State the Rt Hon Sajid Javid MP in April 2018 in response to a data error which gave an overpayment of £36 million to local authorities at the provisional settlement for local government in December 2017.

The review was built on the principles set out in the Macpherson review of 2013 of the internal processes and procedures which underpin MHCLG overseeing the business rates system, including policy decision-making and analysis and modelling.