Ex-offenders in the scheme will live in dedicated accommodation for up to 2 years, having received tailored support in the lead up to their release date 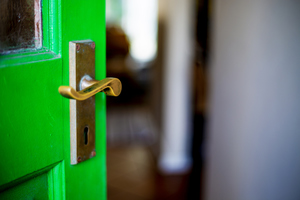 A scheme giving vulnerable ex-offenders stable accommodation to help them rebuild their lives and stay away from crime is now up and running, Prisons Minister Lucy Frazer announced today (10 October 2019).

Prisoners due for release from Leeds, Pentonville and Bristol jails, but who are at risk of homelessness, have been the first to benefit from the trailblazing £6.4 million pilot.

The scheme is funded by the MHCLG’s £100 million Rough Sleeping strategy. The most recent national figures, from the Official 2018 Rough Sleeping Snapshot, showed that the number of people sleeping on our streets on a single night fell for the first time in 8 years. The number of those sleeping rough on one night in 2018 was 2% lower than the previous year.

The first set of ex-offenders have now entered dedicated accommodation, bringing stability to their often-chaotic lives.

Ex-offenders in the scheme will live in the accommodation for up to 2 years, having received tailored support in the lead up to their release date.

Research shows that former prisoners who are in stable accommodation are significantly less likely to reoffend within a year than those who are homeless or in temporary accommodation.

The pilots are part of a new partnership between prisons, local authorities, probation staff and charities, designed to give prisoners support and stability to turn their lives around.

This builds on the government’s recently announced £2.5 billion investment to transform the estate – providing 10,000 modern prison places that will aid rehabilitation and cut reoffending. A further £100 million will be spent on security measures to clamp down on the drugs that hinder rehabilitation, while also fuelling debt, violence and self-harm behind bars.

"This is a vital part of our plan to reduce reoffending, drive down crime and better protect the public.

"The government is investing in prisons that will boost rehabilitation, but we must also make sure that ex-offenders have the stable accommodation that makes them far less likely to commit further crime.

"With 20,000 more police officers on the streets and tougher sentences for the most violent and sexual offenders, this is just another way in which we will make our communities safer."

"No one should ever have to live without a home or a roof over their head. The new Offender Accommodation Pilot will give over 400 people who are leaving prison a home to call their own with the specialised support they need.

"The inability to access safe and appropriate accommodation is a key cause of reoffending, and we are determined to ensure no one leaving prison is homeless on release.

"I was proud to witness the Offender Accommodation Pilot in action on World Homelessness Day to see first-hand how we are supporting so many ex-offenders back into employment, back into independent living and back into the community."

In the 12 weeks up to their release date, offenders involved in the pilot receive intensive support, targeted to their individual needs, to tackle issues like alcohol and drug dependency. This is in addition to the help all offenders receive from work coaches, probation services and healthcare.

Following release, offenders are given up to 2 years of secure and stable accommodation – funded by their benefits where the local housing market permits - as well as bespoke assistance with employment, education, benefits and family engagement.

The scheme is part of the government’s £100 million Rough Sleeping strategy which sets out to halve rough sleeping on England’s streets by 2022.

Once the pilot has finished, it will be evaluated, with potential for it to be rolled out across the prison estate.