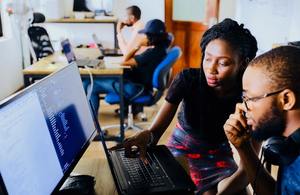 The Bill will replace the current bureaucratic and process-driven EU regime for public procurement by:

The main benefits of the Bill are:

Taking back control of public money – The EU has four regimes for procurement. Having left, we can now replace this with a single regime for everything from paperclips to tanks, reducing administrative costs and driving up competition.

Slashing red tape and driving innovation – More than 350 complicated and bureaucratic rules govern public spending in the EU. Removing these and creating more sensible rules will not only reduce costs for businesses and the public sector, but also drive innovation by allowing buyers to tailor procurement to their exact needs, building in new stages such as demonstrations and testing prototypes.

Making it easier to do business with the public sector – The Bill will create a single digital platform for suppliers to register their details that can be used for all bids, while a single central transparency platform will allow suppliers to see all opportunities in once place. This will accelerate spending with SMEs, who will also benefit from prompt payment terms on a much broader range of contracts.

Levelling up the UK – While value for money will be the highest priority in procurement, the Bill will require buyers to take account of national strategic priorities such as job creation potential, improving supplier resilience and tackling climate change. Buyers will also be able to reserve competitions for contracts below a certain threshold for UK suppliers, SMEs and social enterprises.

Taking tougher action on underperforming suppliers – The Bill will put in place a new exclusions framework that will make it easier to exclude suppliers who have underperformed on other contracts. It will also create a new ‘debarment register’, accessible to all public sector organisations, which will list companies who should be excluded from contracts.

Creating an open and transparent system – The Bill will deliver a stepchange in transparency and openness, with notices mandated for direct awards and publication requirements extended from planning to termination, including contract performance. A single central platform for contract data will give everyone access to procurement information, strengthening the new Procurement Review Unit’s ability to investigate concerns around both awards and transparency.

Effective crisis procurement – The Bill will introduce new competition processes for emergency buying, reducing the reliance on direct awards while retaining the ability to act at pace in times of crisis.

Delivering better value for money – Supported by greater transparency and a bespoke approach to procurement, the Bill will provide greater flexibility for buyers and allow more opportunities to negotiate with suppliers.

Protecting national security – The Bill includes provisions to exclude suppliers from defence and security tenders if they present a risk to national security, secure value for money, as well as providing flexibility for contracts to be upgraded to refresh technology and avoid gaps in capability.

“Freeing businesses from the straightjacket of complicated rules and red tape was one of the key reasons that the British public voted to leave the EU.

“Now that we’re out, we can create a simpler and more transparent system that promotes competition among businesses and reassures taxpayers that every penny of their money is well spent.”