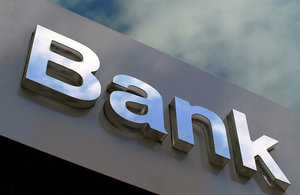 The checks will be done against the details of known illegal migrants which the Home Office is sharing with Cifas, an anti-fraud organisation.

In cases where criminality is suspected, the Home Office may apply to the courts for an order instructing the bank or building society to freeze the individual’s accounts.

We are only sharing details of illegal migrants who are liable for removal or deportation from the UK or who have absconded from immigration control. We consider these individuals should be denied access to banking services.

"These new measures are part of our commitment to make it more difficult for people with no right to live or work in the UK to remain here.

"This will not affect those who are in the UK legally but we must be firm with those who break the rules as illegal immigration impacts the whole of society. Those living and working in the UK illegally can drive down the wages of lawful workers, allow rogue employers to undercut legitimate businesses and put pressure on taxpayer-funded public services.

"By tackling abuse in this way, we can build an immigration system which works in the best interests of the country and prevents vulnerable people from finding themselves at risk of exploitation."

Powers to stop illegal migrants opening new current accounts were introduced 3 years ago and these new measures – which were agreed by Parliament – build on that.

They are part of wide-ranging legislative efforts to encourage those who are living and working in the UK illegally to leave. Other measures prevent illegal migrants from working in the UK, renting accommodation, obtaining driving licences and working as private hire vehicle and taxi drivers and operators.