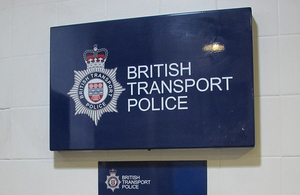 Four new members have been appointed to the board of the British Transport Police Authority (BTPA), Transport Secretary Chris Grayling has announced today (21 May 2019).

They officially joined the body that oversees the British Transport Police (BTP) on 20 May and will work with Chair Ron Barclay-Smith who took on the role in March last year.

"The BTPA prides itself on having the expertise and experience to guide British Transport Police performance and objectives, and the new board members will bolster these vital qualities.

"With passenger numbers at record levels, it is vital that we ensure an effective and efficient network police force continues to maintain exceptional safety standards, guided by a skilled and adept board."

"I am delighted to welcome our 4 new members – Graham, Craig, Andy and Kenna. They bring a wealth of experience from across policing, industry and the public sector and I look forward to their contributions towards the work of the authority."

The BTP is a specialist, national force that provides a service to rail operators, their staff and passengers. It also polices other networks – the London Underground, Docklands Light Railway, Croydon Tramlink, Tyne and Wear Metro and Glasgow Subway. It has around 3,000 police officers and around 600 PCSOs and special constables.

The BTPA was established in 2004 to improve the public accountability of the BTP. It is responsible for setting objectives, strategic direction and performance standards for the BTP. It works closely with train and freight operators to ensure adequate policing levels across the network on trains, at stations and other railway property.