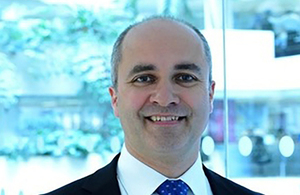 Dominic Herrington has today been confirmed as National Schools Commissioner by the Department for Education – after holding the position on an interim basis since September 2018.

Drawing on four years’ experience as Regional Schools Commissioner for South London and South-East England, Dominic Herrington has spent recent months helping academy schools across the country to continue driving up standards – building on the recent milestone of more than 50 per cent of children in state-funded schools in England now studying in an academy or free school.

Herrington will now help to deliver operational changes to the work of Regional Schools Commissioners (RSC) in the coming months – to help schools, academy trusts and local authorities work with them by creating an even more joined-up team in each of the eight RSC regions.

"Over the last eight months I have thoroughly enjoyed working with academy trusts. I am very much looking forward to continuing to work with the team of Regional School Commissioners – helping them to support and challenge school leaders to deliver the best possible education for children right across England."

"Having worked with Dominic extensively over several years at the Department for Education, I am delighted by his appointment. He brings great energy and deep expertise to this important role."

Today’s announcement will help schools and trusts across the county to build on the successes to date – with figures published earlier this year showing that standards are rising faster in many sponsored academies than in similar council-run schools.

The department is in the process of confirming a permanent replacement for the Regional School Commissioner for the South East England and South London Region.