More dangerous and influential terrorists will be separated in specialist units to thwart the spread of their poisonous ideology, the Deputy Prime Minister has announced today (27 April 2022) 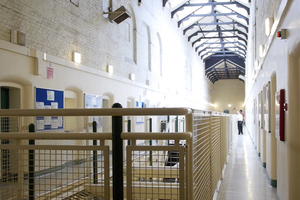 The step is part of a comprehensive and bolstered approach to clamping down on terrorist activity in jails in England and Wales, following the publication of a landmark review carried out by Jonathan Hall QC – the Government’s Independent Reviewer of Terrorism Legislation.

As part of these measures, a new £1.2 million team will quickly identify and target the most influential and charismatic terrorists, so they can be moved to one of the Prison Service’s three ‘Separation Centres’ - completely apart from the main prison population.

In line with Jonathan Hall’s recommendation, the process for referring prisoners to the centres will also be strengthened against potential legal challenge. At the same time, the Government’s new Bill of Rights will limit terrorists’ ability to bring trivial claims against their treatment under the Human Rights Act.

Meanwhile, £6 million will be invested to expand ‘Close Supervision Centres’, where the most physically violent offenders can be held – including terrorists. This will prevent their potential recruitment to extremist causes.

"The threat from terrorism is evolving, so our response must adapt.

"We are going to take a more decisive approach in our prisons, not allowing cultural and religious sensitivities to deter us from nipping in the bud early signs of terrorist risk.

"We will isolate more of the most radical terrorists in separation centres, and our Bill of Rights will prevent terrorists using the Human Rights Act to claim a ‘right to socialise’ in prison."

Since the shocking terror attacks of 2019 and 2020, the government has delivered the largest overhaul of terrorist sentencing and supervision in decades in order to keep the public safe. This includes ending the automatic early release of terrorist offenders and tougher sentences for the most serious offences.

Today, the Deputy Prime Minister detailed how the government will go further than ever in meeting the evolving threat of terrorism head on, while accepting recommendations made by Jonathan Hall QC in his report. The recommendations were designed to ensure the Government’s response remains flexible, swift and decisive when it comes to keeping the public safe, and include:

In his report, published today, Jonathan Hall praised the substantial investment made by the government in tackling terrorism in prisons.

Since 2017, 32 terrorist plots have been uncovered and intercepted by the Security Service MI5 and Counter Terrorism Policing

Despite this, terrorism remains an ever-present and evolving threat, with the UK’s national threat level set at substantial following a number of devastating attacks, including at Fishmongers’ Hall, Streatham, Reading and the first attack inside a British prison at HMP Whitemoor.

The government has taken major steps to clamp down on terrorist activity behind bars and keep the public safe – with over 200 prisoners convicted of terrorist offences in the estate at any one time, and a similar number considered a terrorist risk.

Separation Centres and Close Supervision Centres are limiting the interactions of terrorist offenders and stringent monitoring of communications has been introduced to intercept further intelligence, networks and plotting.

A specialist training programme has also equipped 15,500 of our frontline prison officers to identify and challenge terrorist behaviour.

At the same time, the Counter-Terrorism and Sentencing Act, which became law in 2021, represented the largest overhaul of terrorist sentencing and monitoring in a generation. The new Serious Terrorism Offence introduced a 14-year minimum jail term and minimum licence period of seven years. The Act also widened the range of offences classed as terror-connected and increased maximum penalties for certain terrorism offences.

From:
Ministry of Justice,
Her Majesty’s Prison and Probation Service
The Rt Hon Dominic Raab MP