New guidance will ensure all forms of domestic abuse are recognised

Domestic Abuse statutory guidance sets out in detail what constitutes domestic abuse, how to identify it and best practices for responding 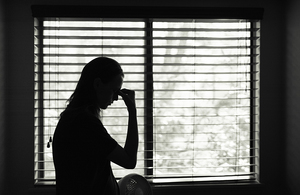 New statutory guidance on identifying and responding to domestic abuse and its impact on victims has been published today, 8 July 2022, by the Home Office.

The Domestic Abuse Act 2021 statutory guidance will ensure victims are supported to access frontline support that meets the complexity of their needs, by ensuring that the police, healthcare practitioners and local authorities have the necessary tools and information to offer tailored support to victims and survivors.

The guidance supports the implementation of the Act’s wide-ranging statutory definition of domestic abuse and provides guidance to those working with victims, including the police and local authorities.

The statutory definition introduced in the Act incorporates a range of abuse beyond physical violence, including controlling or coercive behaviour, emotional, and, for the first time, economic abuse. The Domestic Abuse Act 2021 also recognises children who see, hear or experience domestic abuse as victims in their own right.

This new statutory guidance goes further to ensure that the complexity of domestic abuse is properly understood to support a coherent ‘whole system’ response to supporting victims and survivors, including children. By setting out best practice approaches and encouraging multi-agency working, a whole system response will deliver the step change needed to tackle this abhorrent crime, recognising that everybody has a role to play in supporting victims and survivors of domestic abuse.

"In order to tackle this inexcusable crime, it is key that we recognise that anyone can be a victim of domestic abuse and the many complex forms it can take.

"This statutory guidance will make clear what constitutes domestic abuse and how best frontline services can safeguard and support victims, including children, and accompanies the landmark Domestic Abuse Act, which will strengthen the response to domestic abuse across all agencies."

The guidance was developed in collaboration with experts from frontline services and domestic abuse organisations, including working groups specifically focussing on victims with disabilities, children as victims, male victims, ethnic minority and migrant victims, and victims from the LGBT+ community. This was supplemented with a public consultation in which individuals, including those with lived experience, and organisations shared feedback, which has been used to shape and inform the final guidance.

"Domestic abuse has a horrific impact on victims, children and society more broadly. I welcome the publication of the statutory guidance which gives us a detailed blueprint for how we understand domestic abuse and how we improve our response to it.

"It’s essential that we all work together to tackle domestic abuse and take a holistic approach to this issue which the guidance helps sets out."

"We welcome this new, whole system approach to tackling domestic abuse. This abhorrent crime requires support for all victims – whether they are women, men, or children - at all levels and right across the sector. Policing will continue to work hard to tackle the perpetrators of these crimes and safeguard victims and witnesses who suffer so greatly from them.

"Tackling domestic abuse is a key priority for police and I am pleased to see non-physical abuse beginning to be treated with the same severity as violence. Many victims endure traumatic controlling and coercive behaviour and suffer from psychological, emotional and financial abuse.

"This is an important step towards tackling domestic abuse in all its forms."

Following the Act’s recognition of children as victims of domestic abuse, there is also further guidance on the impact of domestic abuse on children, as well as further information on early intervention measures in social care and education settings.