All public buildings to have separate male and female toilets

All new public buildings should have separate male and female toilets, the Department for Levelling Up, Housing and Communities has announced 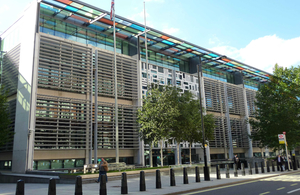 All new public buildings should have separate male and female toilets, the Department for Levelling Up, Housing and Communities has announced today (4 July 2022).

The approach will mean women, who may need to use facilities more often for example because of pregnancy and sanitary needs, have appropriate facilities.

The move follows a call for evidence which gathered a wide range of views, including from pregnant women, older people, disabled people and people who come under the protected characteristic of gender reassignment.

The rise in ‘gender neutral’ toilets raised safety concerns from women who feel they are losing privacy and being unfairly disadvantaged.

Separate unisex (or universal) toilets should be provided if there is space, but should not come at the expense of female toilets.

A consultation will be launched in the autumn, which will also consider the design of unisex self-contained cubicles to maximise privacy and whether improvements to disabled persons toilets should be made.

The changes will be made through building regulations and guidance.

Disabled toilet provision will not be affected by the changes.

"It is vital that women feel safe and comfortable when using public facilities, and that their needs are respected.

"These changes will ensure that separate toilets for men and women are preserved at the same time as providing universal toilets for those that want them. This is a common sense approach."

From:
Department for Levelling Up, Housing and Communities
Kemi Badenoch MP