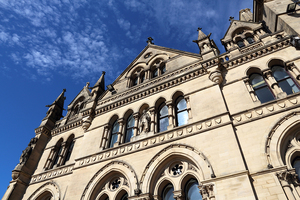 • Local Government Secretary Robert Jenrick confirms £49.2 billion package of funding for local councils
• Settlement is the biggest real-terms increase in spending power in a decade and includes an extra £1.5 billion for social care
• Most residents are expected to see the lowest increase in council tax bills since 2016

The settlement will give councils access to a £1.5 billion boost for social care funding and ensures, on average, residents can expect to see the lowest increase in council tax bills since 2016.

"This government is committed to levelling up every part of the country, investing in every region and giving communities control over making the decisions which are right for them.

"That’s why we’re confirming the biggest increase in councils’ spending power for a decade across England, while protecting residents from excessive rises in council tax."

Provisional plans for the local government finance settlement for 2020 to 2021 were published in December, followed by a period of consultation with the sector.

This included the consideration of over 200 representations across technical and provisional consultations from a range of organisations, and ministers met with representative groups including local councils, MPs and the Local Government Association.

What the settlement includes

The package includes £1 billion of new grant funding, a continuation of all existing social care grants, and the ability for authorities to raise up to £500 million more for adult social care, where needed.

In total, local authorities will have access to almost £6 billion of dedicated funding across adults and children’s social care in 2020 to 2021.

The government is committed to keeping bills low and giving local residents the final say over council tax increases.

Under the referendum principles, average council tax increases for 2020 to 2021 are expected to be the lowest since 2016 to 2017. A referendum will be required if local authorities propose raising the tax above a core threshold of 2%, with extra flexibility for some authority types including shire district councils, Mayoral Combined Authorities and town and parish councils.

As a result of increased growth in business rates income, the government will redistribute £40 million of the levy surplus to all local authorities on the basis of assessed need.

The government has committed £907 million to continue the New Homes Bonus scheme in 2020 to 2021. The scheme financially rewards local authorities for the number of new homes they build locally, incentivising housing growth and creating homes for local residents.

The government is committed to ensuring the unique needs of rural areas are met, and so will maintain last year’s Rural Services Delivery Grant at £81 million, matching the highest rural grant paid to date.

This relates to England only.

On 20 December 2019, the government published the provisional Local Government Finance Settlement through a written ministerial statement.