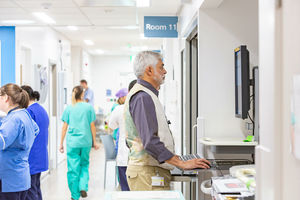 The announcement is in response to the 47th report of the Review Body on Doctors’ and Dentists’ Remuneration (DDRB).

This will be backdated to April 2019.

All pay awards are considered in light of wider pressures on public spending, ensuring that pay is fair for employees and taxpayers, while maintaining services that are affordable for the future.

The 2.5% pay rise for all consultants and dentists is part of the ambition to make the NHS the best place to work, as set out in the NHS Interim People Plan.

It is also intended to recognise their commitment to patients.

The government’s response to the DDRB’s report puts forward an approach for a potential multi-year deal with contract reform for specialty and associate specialist (SAS) doctors to improve recruitment, retention, morale and productivity for this group.

In 2018, the government announced the largest pay rise in nearly a decade for almost a million public sector workers.

The contract for all 39,000 junior doctors will see a minimum 8.2% pay rise over 4 years. It also ensures they are more fairly paid when working late into the night and at weekends, and puts new limits on working hours as part of wider improvements to their working conditions.

"Our NHS would be nothing without the hard work and commitment of its amazing staff.

"So we are supporting tens of thousands of doctors and dentists with one of the biggest pay rises for over a decade ‒ in recognition of their 24/7 dedication and compassion towards patients."