Return to the unfrozen moment 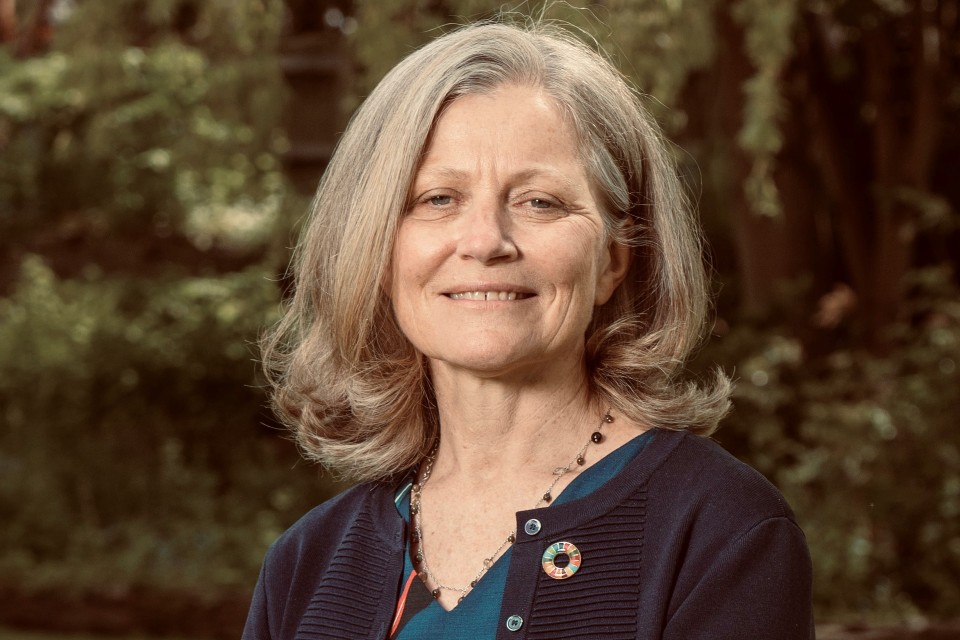 At some point in the future, it may be possible to read a political scientist’s PhD thesis about the effect of this heatwave on the conduct and trajectory of the Conservative leadership election.

For now – we’ll just have to get through it.

It was Harold Wilson who said “a week is a long time in politics” but it’s difficult to know whether to compare the last week to a period, an epoch, an era, age, or aeon.

HG Wells’ book “The Time Machine” begins with the time traveller explaining his discovery over dinner.

One guest says: “It would be remarkably convenient for the historian… One might travel back and verify the accepted account of the Battle of Hastings, for instance!”

Another says: “Then there is the future… Just think! One might invest all one’s money… leave it to accumulate at interest…and hurry on ahead!”

The present is a gate from the past to the future.

And, few things embody the transitory nature of the here and now more than a “final speech.”

Yet, there’s no time like the present because it is where we get to make choices.

As Chair of the Environment Agency, I have worked with five different Secretaries of State.

Five years ago, the third - Michael Gove - made his first speech at Defra, about delivering a Green Brexit.

In 2022, that moment remains unfrozen.

The Time Machine was published in 1895.

By then the Victorians knew all about urbanisation, population growth and technological shifts.

We are still using much of the infrastructure they built - including the road, railway and sewage networks.

As cars became more common in the twentieth century, people viewed them as many in the twenty first century see the rise of artificial intelligence and robots – as threats.

Change is inevitable - it is how we choose to meet change that matters.

Over the last 200 years, innovation and excellence in UK engineering has given us strong foundations.

In England, we are standing on the shoulders of giants in a rising sea.

In the last six years, I have attempted to draw attention to accelerating threats, so that we might embrace the opportunity to make ambitious choices.

These decisions define what we will deliver.

To avoid climate chaos, we need all infrastructure to be more resilient.

When I was asked to become Acting Chair shortly after the 2015 Boxing Day floods, it was considered brave to mention climate change.

This was at a time shortly after a Prime Minister had allegedly said the government should “cut the green crap” and cut it was.

After that, the pendulum seemed to swing back towards climate action.

The next Prime Minister, Theresa May, our previous speaker and Chair of Aldersgate Group, made ambitious choices.

She launched a 25 Year Environment Plan and set a net zero goal of 2050.

That goal was truly world-leading, as many other nations were quick to follow suit.

In the years since:

These moments spurred me on, but as I prepare to leave the Environment Agency, I fear reversion.

Stuart Kirk, the former head of responsible investing at HSBC, gave a speech this year called “Why investors need not worry about climate risk.”

In it he said:

There are many people in the private sector who think government will deal with the climate emergency.

Yet, there are many people in politics who think the private sector will deal with the climate emergency.

And, this is why independent regulation is vital.

Environmental regulation must work in lockstep with financial regulation and economic regulation to ensure incentives and penalties have enough clout to drive change.

Industries we regulate tell us a strong framework of green legislation gives them an economic advantage over global competitors.

Operating within England’s environmental regulations should be an assurance, to customers and investors, that a business is working to some of the highest standards on the planet.

We also need to deliver action.

In the last six years, the Environment Agency:

(I will be saying more about the water companies on Thursday when the Environment Agency publishes its annual report into their environmental performance).

While I highlight these achievements, we now have even more to do:

In this context, I don’t think that now is the best time to choose structural change to the Environment Agency and Defra’s other arm’s length bodies.

The basis for these choices should be the evidence: what is working, what is not, and what would produce better outcomes.

But, as I have mentioned, the present unfrozen moment allows us to blend existing strengths with new innovations.

The ability to choose doesn’t demand we abandon the best of what’s around.

Several years of structural change will take resources, staff time and management focus away from delivery – at a time when delivery must be the priority.

It is after all the “Decisive Decade of Delivery.”

I was once asked by a journalist if being Chair of the Environment Agency is “a poisoned chalice”.

It’s been a privilege.

The Environment Agency is a fantastic organisation of committed public servants who - day in, day out - save lives, protect nature and support businesses.

I know the cost-of-living crisis is hitting many of them hard.

I hope they will get the support they need to deliver what we are going to ask of them in the years to come.

Committed, expert and experienced public servants are worth keeping.

I want to thank Theresa, Nick and everyone at the Aldersgate Group for hosting today and being such passionate advocates for a competitive and environmentally sustainable economy.

Everyone here has a role to play in ensuring the next government strengthens the focus on policies that deliver:

In an op-ed for the Telegraph yesterday, Conservatives Zac Goldsmith and Chris Skidmore wrote:

“If we throw away the UK’s international leadership on the environment, we will lose the support of a broad coalition of voters. We will be digging our electoral grave.”

I hope the Conservative Environment Network will be a key caucus in the leadership race.

“With a cost of living crisis and a war in Europe that is stoking food and energy insecurity, it is imperative that the next Prime Minister pursues policies that meet these challenges and protect the environment. This will be good for jobs, good for growth, and good for the UK’s place in the world.”

The UK stands a better chance of making good choices…

And travelling through time to a future worth celebrating.