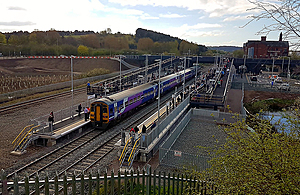 • government focused on strengthening rail connections by investing in new and restoring disused stations
• part of government’s £500 million drive to reverse Beeching cuts of the 1960s and reopen essential rail links
• ten new stations across the country have already been built, attracting over a million passenger journeys

Towns and cities could see new stations constructed and disused links restored to their former glory, the Rail Minister has confirmed today (28 February 2020), thanks to a £20 million fund to boost rail connections across the country.

This forms just one part of the government’s £500 million drive to reopen former routes and stations closed during the Beeching cuts and marks its commitment to levelling up transport infrastructure across the country to improve links between communities and unlock economic growth for towns, cities and regions, so everyone can access the opportunities they need to thrive.

Passengers have already benefited from funding to build new stations, including in Wales, Derbyshire, Exeter, Warrington and Warwickshire, with more new stations soon to be built in Durham, Reading and Bristol.

Local authorities can bid for the funding, with communities across the country encouraged to apply.

"Disused railway stations have been emblematic of left behind towns for too long.

"The vast number of passengers already using new stations funded by government is proof of the importance of investing in new connections.

"This new funding will both restore local stations to their former glory, and build even more new ones, establishing vital links for communities and levelling up the country for everyone."

The new £20 million funding is the third round of the New Stations Fund, and follows the launch of the £500 million Reversing Beeching Fund, which aims to bring back the rail connections needed to level up access to opportunity and support local economies to flourish.

£40 million of funding has already been invested in building 10 new stations across the country, attracting over a million passenger journeys.

In 2017 a new station was opened at Ilkeston in Derbyshire, the largest town in England to have an active passenger railway line passing through it without any railway station to service it. All 3 of its previous railway stations, Ilkeston North, Ilkeston Town, and Ilkeston Junction and Cossall, had been closed during the 1950s and 1960s.