Latest mortgage data reveals number of first-time buyers getting a mortgage, and a foot on the property ladder, increasing to 35,010 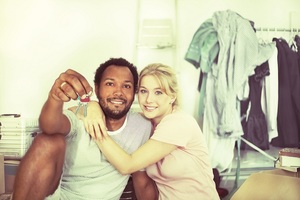 The Housing Minister has hailed the latest mortgage data published today (15 October 2019), which has revealed the number of first-time buyers getting a mortgage, and a foot on the property ladder, increasing to 35,010.

Representing the highest monthly total since August 2007, the figures show an unrelenting demand for home ownership from people who want to call a home their own.

The figures from UK Finance follow the Ministry of Housing’s own research revealing 87% of the public would prefer to buy, rather than rent, a home.

It also found 57% of people support the building of new homes in their own community, up from 28% in 2010 – demonstrating a majority of the public remains pragmatic about how the shortage of new homes is addressed.

"This government is determined to open up the dream of home ownership - with more houses completed last year than in all but one of the last 31 years."

The government is supporting the delivery of new homes across all tenure types - whether that’s council, social, private, to rent or buy - to ensure everyone’s needs are met.