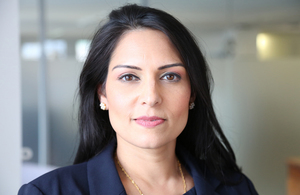 The new plan aligns closely to the recent Tackling Violence Against Women and Girls Strategy and sets a clear ambition of prioritising the prevention of these awful crimes, supporting victims and pursuing perpetrators.

Some 2.3 million people in England and Wales experienced domestic abuse in the last year and around 1 in 5 homicides are related to domestic abuse. The government has already taken steps to prevent these crimes, but the new plan is set to go even further in tackling this threat, by delivering many of the provisions set out in the Domestic Abuse Act.

"Domestic abuse is a devastating crime that ruins lives and tackling it is an important part of this government’s Beating Crime Plan. For far too long the focus has been on what the victim might have done differently, rather than on the behaviour of the perpetrators themselves.

"This must now change. My Domestic Abuse Plan focuses on taking the onus off victims and making it easier for them to access the help and support they need, while taking tough action against perpetrators."

The plan includes new measures to tackle perpetrators including:

The plan sets out key actions to prevent domestic abuse from happening in the first place. These include:

The plan aims to help all victims and survivors who have escaped from domestic abuse feel that they can get back to life as normal, with support for their health, emotional, economic and social needs. This includes:

The plan intends to improve the systems and processes that underpin the response to domestic abuse across society. This includes:

The government has also introduced new measures in our Police, Crime, Sentencing and Courts Bill, which will give victims of domestic abuse longer to report offences to the police, so that abusers cannot evade justice.

"Domestic abuse causes untold harm and misery in our society. Victims and survivors endure horrific ordeals that can stay with them for the rest of their lives.

"Every case is different, but there are a number of core principles that must drive our approach - preventing abuse, a more joined up approach, supporting victims and cracking down on those that cause harm.

"Refuge is incredibly grateful to the Home Office for doubling its funding for our National Domestic Abuse Helpline. The helpline is the gateway to specialist services across the country and both saves, and changes, women’s lives.

"The pandemic really did underscore the need for increased funding for specialist frontline services. Refuge’s helpline saw a sharp increase in demand which, in real terms, means more women needing us than ever before."

"Domestic abuse destroys lives, affecting not only victims but also whole families, with the impact going far beyond physical assault.

"In policing, we have improved the identification and recording of domestic abuse offences and, through detailed research published by NPCC last year, we now understand coercive and controlling behaviour features strongly in domestic homicide. In light of these findings, we have improved police training, with greater focus on empathy and understanding the dynamics of abuse, particularly coercion and control. We’ve also worked with partners to improve safeguarding and the management of serial and dangerous perpetrators, and through the COVID-19 pandemic we have worked tirelessly to ensure victims are not isolated and able to access support.

"However, we recognise there is much more to do. We must address the particular needs and additional barriers faced by victims from our diverse communities, with every victim deserving to be safe and to see being justice done. As police officers this is our job, and we are frustrated when prosecutions are not pursued through our justice system and so we are continuing to work with the Crown Prosecution Service to improve this.

"This Domestic Abuse Plan offers an opportunity to take further steps to protect victims and tackle perpetrators. We are clear that we must continue to improve the policing response, but domestic abuse victims deserve a whole system response. Victims need to know they will be listened to, they will be safe and their needs, and those of their children, will be addressed. I’m delighted to see so many positive commitments from government to support victims and help tackle the harm of domestic abuse."

"We welcome the government’s recognition of domestic abuse as a form of violence against women girls, rooted in gender inequality and sexist attitudes. We are pleased to see investment in perpetrator programmes as part of the long-term responses to domestic abuse, but are particularly pleased to see ring-fenced funding for community-based services for survivors. We know there is a funding gap for many local domestic abuse services, including the services ‘by and for’ Black and minoritised women, and ask that the government commits to ensuring that no woman is turned away because of circumstances and that no refuge doors, like those of the lifesaving service we are visiting today, are to close because of insufficient funding as this important plan is rolled out.

"We welcome the investment in ensuring a whole-system response to domestic abuse, including through much-needed funding for upskilling health practitioners to ensure that they are equipped to respond to the trauma of abuse. Looking ahead, we hope to see clear join up between the Domestic Abuse Strategy, the recent VAWG strategy and the upcoming Women’s Health Strategy to ensure domestic abuse is being prioritised at a national level.

"We see the launch of the plan as an important first step, and look forward to working with both government and our network of local domestic abuse services as it is rolled out, to ensure survivors get the help they need now - as well as working together to end domestic abuse in the long-term."

"The horrific impact on survivors and widespread prevalence of domestic abuse has come into sharp focus during the last 2 years, and I welcome the government’s ongoing commitment to tackle this issue that blights so many lives.

"It is essential that work to prevent domestic abuse is prioritised across government and other agencies like the police, health and housing so we can tackle domestic abuse as early as possible. The success of this early prevention will rely on proper funding for community based services which are at the heart of prioritising domestic abuse and I welcome the funds announced in this plan."

"We welcome the recognition of the importance of preventing domestic abuse, and tackling perpetrators, in the Domestic Abuse Plan published today. Sustainable multi-year funding is crucial for specialist services to deliver effective safety planning and risk management, and as such we are pleased to see a £75 million investment in perpetrator interventions. Evidence shows that a strong multi-agency approach to tackling domestic abuse, which focuses on supporting the victim and addressing perpetrator behaviour through a range of proven interventions is effective in reducing and stopping harm. We look forward to seeing more detail on how the proposals outlined today will be implemented and embedded to address perpetrators and improve support for victims of domestic abuse.

"The Home Secretary has also published updated versions of the National Statement of Expectations and Violence Against Women and Girls Commissioning Toolkits, which will support local areas in commissioning effective support services, as well as a supporting male victims document, in recognition of the specific challenges which men and boys face who experience violence against women and girls crimes, including domestic abuse."