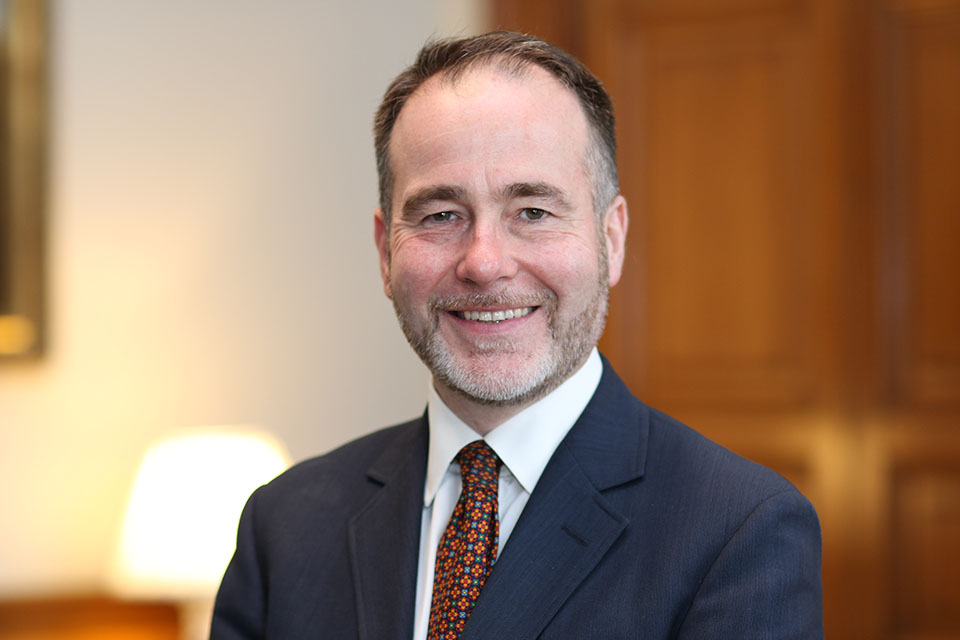 Good morning and thank you very much for that warm introduction. It’s a real pleasure for me to join you this morning for your annual training event, following on from where Kit Malthouse left off in 2019. But don’t worry, I’m not going to make any jokes about eels or bears. The only bears around here are the Bristol Bears, who play in this stadium.

What I see before me are dedicated, hard-working professionals. What you see of course, is yet another new minister.

Seeing new ministers is nothing new for planners. You’ve been seeing ministers since 1909. John Burns was the first Local Government Board Minister to address the equivalent then of the Planning Inspectorate, and he appointed a man named Thomas Adams as the Chief Planner.

Thomas Adams had the sort of challenges that you face. He was the Chief Planner at the time of the 1919 Housing Act – the Addison Act – which built the ‘Homes for Heroes’ after the First World War. He was very keen on garden suburbs. He was keen on gentle density. He wanted to build good urban homes. The sort of things that you see today and are the challenges that we face today.

You see nothing new except for this new minister.

Kit, my predecessor, was in his job for 6 months when he came to speak to you last year. I’ve been in my job for just under 3 weeks, so you are probably thinking to yourselves, “what on earth can he know about planning?”

But what I do know is a bit about is bad design. I live in a house which is very hot in the summer, very cold in the winter, the roof leaks like a sieve, and when I wanted to put a gas cooker into my kitchen at the back of the house the whole of the front of the house had to be dug up to put the piping in. Now, I can’t blame the developer and the planner for my house as it’s about 200 years old. But I know a bit about what bad design can mean for households and homeowners.

And I know about infrastructure as well, and the importance of it. My town, Tamworth, is more or less built out, and to put new development for the people that want to live in or near to Tamworth, you have got to put it on the edge of Tamworth, in Litchfield District. And that requires putting in really good infrastructure to ensure that people can get into Tamworth. To ensure that people have got the schools and GP surgeries and hospitals they need as the town grows.

And I know a bit about the horrors of adoption. I’ve got constituents who come to me to complain about living on what they feel to be a building site for 5 years. Where they’ve got to don pitons and crampons to get up the curb, because they are so very, very deep, and because their estates aren’t completed.

And I know a lot about the need for new and better homes. Because in my part of the world, houses for purchase and rent are appreciatively more expensive than in other parts of the West Midlands as we simply do not have enough homes. There isn’t a week that goes by without my constituents contacting me saying, “Chris, we just aren’t able to buy or to rent the homes that we want to live in in this beautiful part of the world.”

So, I know a bit about those things and that’s why we need to build more homes. We built 241,000 last year; we need to build a million by the end of this Parliament; and by the middle of this decade we need to be building 300,000 homes every year. And that means all of us need to work harder.

But I’m very conscious about how hard you all work. 24,000 cases last year. 18,000 planning decision executed. That’s a staggering volume. And out of that you’ve managed to drive up your volume, which means you’ve driven down the average time for written representations to be concluded to 19 weeks. That’s 10 weeks quicker than a year ago. And despite the volume, and despite the speed, your quality has not gone down.

In fact, I think it’s as good or it’s even getting better. And I’ll give you a case in point of the quality decisions that you are making. There’s a new housing development in Hertfordshire called PegasusLife. It was turned down by the planning authority. But on appeal the inspector approved that development because of the quality of its architectural design. It was subsequently shortlisted for a Housing Design Award and won the Inside Housing 2019 award for Best Older People’s Housing Development.

And we need more housing for older people. We talk a lot about building homes for first time buyers, but in fact, and I’m getting this statistic checked out because I want to make sure it’s accurate, I’ve heard that for 2 in every 3 elderly people that move into a properly constructed retirement home, then just a few rungs down the chain a home becomes available for a first time buyer.

I was just talking to the guys when I arrived, and in those 18,000 applications that you dealt with last year, less than 1% were successfully challenged in the courts. For the 9th consecutive year you are scoring really well. You are certainly getting more wins than many other parts of government in the courts, so perhaps we can use you in other ways too.

So, I want to thank you for the hard work that you are undertaking, but I want to encourage you to work even harder, because we have a real job to do to get those new homes built.

And it’s the government’s responsibility – it’s my responsibility – to help you. We’re trying to speed up the planning system and make it more efficient and agile. In 2010 only 17% of local authorities had local plans in place. Now 90% of local authorities have plans. There’s something like 2,600 groups involved with the neighbourhood planning process. We’ve injected £22 million into the Planning Delivery Fund to help local councils digitise their services and improve design so that fewer applications end up on your desk at appeal.

But I’m conscious that we need to do more. You’ll hear more today about the National Model Design Code, and you already know about the National Design Guide. These are tools which are gold standard and will encourage aesthetically pleasing designs which conform with the local environment.

Because it’s only by putting people at the heart of the planning process, and communities which want development around them and respect it around them, that we can make sure more planning decisions go through quickly without the need for appeal.

And in planning and housebuilding there is no bear market. We need and want a bull market that is going up, where more homes are being built. So please, when you go to work, do not be bears, be bulls.

Thank you very much and enjoy your training event.