Lift off for UK spaceflight as regulations passed 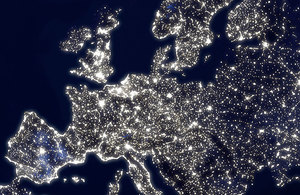 • new regulations pave the way for spaceflight and satellite launches from UK soil
• satellite launches could improve sat nav systems here on earth and allow us to monitor weather patterns and climate change
• planned spaceport sites across the UK to create a significant number of highly skilled jobs, with the potential for launches to take place from 2022

Another step towards space exploration from UK soil has been unlocked, with the passing of the spaceflight regulations, Transport Secretary Grant Shapps has announced today (29 July 2021).

The legislation provides the framework to regulate the UK space industry and enable launches to take place from British soil for the very first time. It will unlock a potential £4 billion of market opportunities over the next decade, creating thousands of jobs and benefiting communities right across the UK.

This also puts the UK in a unique position as the first country in Europe able to launch spacecraft and satellites from home soil. This could lead to better monitoring of climate change, as well as improved data for satellite navigation systems, improving journeys right here on the ground, too.

"We stand on the cusp of the new commercial space age, and this is the ‘blast off’ moment for the UK’s thriving space industry, demonstrating government’s commitment to put Britain at the global forefront of this sector.

"These regulations will help create new jobs and bring economic benefits to communities and organisations right across the UK, helping us to level up as we inspire the next generation of space scientists and engineers."

Today’s announcement comes alongside the formal appointment of the Civil Aviation Authority (CAA) as the industry regulator. With nearly 50 years of aviation regulation experience, the CAA has a wealth of experience and a proven track record in overseeing the aviation sector in the UK, which is one of the safest in the world, as well as experience in regulating rocket activities under the Air Navigation Order 2016.

In time, we will also start to see new and emerging space activity including sub-orbital space tourism and, eventually, new transport systems such as hypersonic flight.

Not only will this support our thriving space sector, it will also attract companies from around the globe to come to, and benefit from, these commercial opportunities.

"The first satellite launches from UK spaceports in 2022 will be a remarkable moment – and these new regulations have taken us a step closer to being the first country in Europe to achieve lift-off from home soil.

"By creating world-class legislation to support our growing space sector in a safe and sustainable way, we are delivering new jobs and economic growth to communities right across the UK."

The President of the Royal Aeronautical Society, Howard Nye, said:

"The Royal Aeronautical Society welcomes this landmark day for the UK’s space sector with the timely passage into law of the Space Industry Regulations. This provides the legal and regulatory framework to enable commercial spaceflight launches from UK soil, thereby broadening the scope of our commercial space sector.

"The Society also strongly supports the nomination of the CAA with its world-class reputation as the new UK spaceflight regulator and welcomes its readiness to process licence applications for satellite launch with immediate effect."

"The applications of space technology are rapidly evolving and the UK’s dynamic space sector is set to continue growing its £16 billion contribution to our economy.

"Putting in place this regulatory framework is another important step towards making commercial space launch from UK spaceports a reality, which will offer major opportunities throughout our space industry and its supply chain."