Sir Philip Barton has been appointed as the Permanent Under-Secretary of the new Foreign, Commonwealth and Development Office 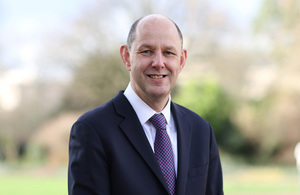 The Cabinet Secretary, with the approval of the Prime Minister and Foreign Secretary, has announced the appointment of Sir Philip Barton as the Permanent Under-Secretary of the new Foreign, Commonwealth and Development Office.

"I am delighted that Sir Philip has been successfully selected as the Permanent Under-Secretary of the new Foreign, Commonwealth and Development Office. He is an outstanding public servant and diplomat with experience across all areas of foreign policy.

"Philip is well placed to bring together the talent and expertise of both departments while helping combine our foreign and development policy in a way that is innovative, ambitious and more integrated than ever before.

"I’d like to pay tribute to Sir Simon, one of the finest diplomats of his generation, who helped successfully steer the FCO during a remarkable period of change in the world. His legacy of progress and modernisation will be part of the DNA of the new department."

"I am delighted Sir Philip Barton has been appointed to lead the formation of the new Foreign, Commonwealth and Development Office. Philip will bring to the role an understanding of overseas development funding together with experience of international relations. Under his leadership, I am confident that the new organisation will strengthen the UK’s global leadership by aligning our development and diplomatic efforts to bring more coherence to our international presence.

"I should also like to thank Sir Simon McDonald for his leadership of the Foreign and Commonwealth office for the last five years, and Nick Dyer who has been leading the Department for International Development on an interim basis since March."

"I am delighted to have been appointed as the Permanent Under-Secretary of the new Foreign, Commonwealth and Development Office. I look forward to bringing together our diplomats and development experts to deliver for the people of the UK and act as a force for good around the world."

Sir Philip will take up his new post next month, on September 1.

• Sir Philip is currently the High Commissioner to New Delhi.

• Prior to that he held roles in the Foreign and Commonwealth Office as Director General, Consular and Security and before that as the acting Chair of the Joint Intelligence Committee in the Cabinet Office.

• Earlier in his career he was the High Commissioner to Islamabad, Deputy Head of Mission in Washington, and Director, Foreign Policy and Afghanistan/Pakistan co-ordinator.