Over £150 million funding to kickstart self building revolution 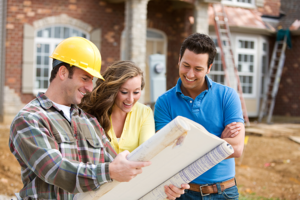 • New homes can be made to order or built from scratch, and will benefit small building firms as part of the government’s Plan for Jobs

• £2.1 million additional funding to help communities decide where they want new homes, shops and offices to be built and what they should look like

New plans supported by over £150 million in new government funding will make it easier and more affordable for people to build their own homes, the Housing Secretary Robert Jenrick has announced today (24 April 2021).

The ‘Help to Build’ scheme will ensure that self and custom home building can become a realistic option to get onto the housing ladder through lower deposit mortgages.

Lowering the required deposit will free up capital, so people can build the home that they want and need whether it’s a commissioned, made to order home, or a new design from scratch. The scheme will provide an equity loan on the completed home, similar to the Help to Buy scheme.

Made to order homes allow people to customise the home they want based on existing designs. This could include more office space, or a particular design to support a family’s requirements including for disabled or older people.

Self and custom build could deliver 30-40,000 new homes a year: a significant contribution to the country’s housebuilding ambitions.

The scheme is part of the government’s wider Plan for Jobs as the new plans will also benefit small building firms. SME builders account for 1 in 10 new homes and the scheme will help scale up the number of self and custom build homes built every year.

"Building your own home shouldn’t be the preserve of a small number of people, but a mainstream, realistic and affordable option for people across the country. That’s why we are making it easier and more affordable – backed by over £150 million new funding from the government.

"The scheme we have launched today will help the thousands of people who’d like to build their own home but who’ve not yet considered it or previously ruled it out.

"Our plans will help get more people on to the housing ladder, ensure homes suit people’s needs like home working or caring for relatives, whilst providing an important boost to small builders and businesses too."

The Prime Minister has commissioned Richard Bacon MP to lead a review on how we can scale up the delivery of self and custom build homes. The review will report its findings and recommendations in the summer.

This follows the news that major lenders have signed up to the government’s new 95% mortgage guarantee scheme to help more people than ever on to the housing ladder. Lloyds, Santander, Barclays, HSBC and Natwest are launching mortgages under the scheme today with Virgin Money following next month.

The government has also announced £2.1 million in funding to help communities have a greater say in how their local area is developed. The fund will boost neighbourhood planning by giving additional support to local authorities in under-represented areas.

Neighbourhood planning gives communities direct power to develop a shared vision for their neighbourhood and shape the development and growth of their local area. Communities are able to choose where they want new homes, shops and offices to be built, have their say on what those new buildings should look like and what infrastructure should be provided, and grant planning permission for the new buildings they want to see go ahead.

A further £330,000 is also available to councils wishing to pilot this approach to neighbourhood planning.

"The Help to Build scheme is an important step towards greater customer choice for those with ambition, sound plans and smaller deposits.

"Custom and self build is about the homeowner having control over the design and specification of their project – enabling them to create the home they want, rather than the one someone else believes they would like.

"This scheme is all about delivering more and better homes, that more people aspire to live in and that communities are happier to see built."

The Self and custom build action plan has also been published today, which sets out government measures to support the sector.

This includes the next steps in the review of the Right to Build legislation, to assess whether further reforms are needed and confirmation of further funding for the Right to Build Task Force which will help local authorities, community groups and other organisations help deliver self and custom build housing projects across the UK.

The National Association of Custom and Self Build’s ‘Right to Build Task Force’ was established to help local authorities, community groups and other organisations help deliver self and custom build housing projects across the UK. Initially funded by the Nationwide Foundation, since 2020 it has been funded by government to provide expertise and support to local authorities on the implementation of the Right to Build and how to secure self and custom build delivery.

Visit www.selfbuildportal.org.uk for help and advice.

In developing the scheme with Homes England we have used the model proposed by the National Custom and Self Build Association (NaCSBA) as a starting point. We will continue to involve NaCSBA as we develop the scheme, as well as engaging with lenders, brokers and insurers. Further details of the scheme, including how to apply, will be available in the summer.

The 3-year, £8.5 million Neighbourhood Planning pilot announced in 2018, to support neighbourhood planning groups to deliver affordable housing for sale, will continue next year for its third year.

In line with the launch of First Homes, neighbourhood planning groups who are developing policies to implement the flexibility afforded to them under the First Homes policy, will be eligible for support under the pilot. This support includes access to technical support packages and up to £28,000 of grant. The pilot will also continue to help communities to bring forward other forms of affordable housing for sale beyond First Homes.