Funds to deliver up to 45,000 homes, create up to 85,000 jobs and upgrade skills and infrastructure to help fuel a green economic recovery announced 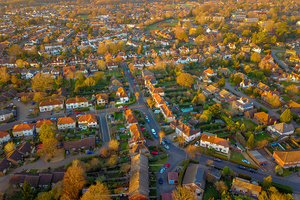 • Over 300 shovel-ready projects in England to share £900 million investment to build homes and infrastructure, and create jobs
• £360 million investment confirmed to deliver 26,000 new homes on brownfield land
• Strict accreditation rules for tradespeople involved in the £2 billion Green Homes Grant scheme to ensure homes are of the highest quality

Tens of thousands of new homes and other vital infrastructure projects were given the green light with nearly £1.3 billion of investment confirmed today (4 August 2020) by Housing Secretary Robert Jenrick.

The move is part of the government’s comprehensive plan to deliver upgrades to local infrastructure and boost skills to help fuel a green economic recovery.

Over 300 successful projects in England are being told they will receive a share of the £900 million Getting Building Fund, which was announced by the Prime Minister in June, to invest in shovel-ready housing and infrastructure projects, creating jobs and supporting economic recovery across the country.

The investment is expected to deliver up to 45,000 homes, create up to 85,000 jobs and reduce around 65 million kgs of CO2 emissions across England.

"As we get Britain building we are also laying the foundations for a green economic recovery by investing in vital infrastructure for local communities, creating jobs and building environmentally-friendly homes with a huge £1.3 billion investment announced today.

"This government is determined to level up all parts of the country and this funding will not only give a much needed boost to our economic recovery, it will help build the good quality, affordable homes the country needs."

Successful projects being funded include:

• £23 million for phase 1 of the development of commercial space at Mayfield Park in Greater Manchester, expected to deliver 3,200 jobs and attract over 1 million visitors a year

• £14.88 million to accelerate the National Brownfield Land Institute, a project aiming to create a leader in sustainable construction which will support the housing deal and drive levelling up across the region

• £12 million to support a new high-speed railway station in Thanet, Kent, improving transport in the area and creating 800 new jobs

To deliver a further 26,000 new homes while protecting greenfield sites, the government has also confirmed a £360 million investment in Mayoral Combined Authority areas through its £400 million Brownfield Fund.

A further £8 million of funding has also been announced to help speed up the delivery of these new homes on brownfield sites and the government is inviting ambitious bids from the Mayoral Combined Authorities for the remaining £40 million of the fund.

Details of the new £2 billion Green Homes Grant scheme, which will see the government fund up to two-thirds of the cost of home improvements of over 600,000 homes, have also been announced.

Tradespeople must register for TrustMark accreditation to take part in the scheme, which will cover green home improvements ranging from insulation of walls, floors and roofs, to the installation of low-carbon heating, like heat pumps or solar thermal – measures that could help homeowners including landlords save up to £600 a year on their energy bills.

Households on low income can receive vouchers covering 100% of the cost of the improvements, up to a maximum of £10,000.

"Green home improvements will save people money on their energy bills, help to cut carbon emissions, and create new work for many thousands of builders, plumbers and other tradespeople.

"Our TrustMark scheme will guarantee that building work is completed to a high standard by accredited tradespeople, ensuring consumers are fully protected."

"As business led partnerships with a ready-made pipeline of projects, LEPs responded swiftly to the Prime Minister’s call for infrastructure projects with more available when government is ready.

"LEPs ‘can do’ business attitude has created a proven track record of complex delivery, landing projects at scale, on time and to budget. The foundations they are building for local recovery in their Five Point Plan will underpin our national recovery."

The funding commitments come ahead of a radical overhaul of the planning system due to be announced shortly. The reforms will bring about a simpler, faster, people-focused system to deliver the high-quality, energy efficient homes we need.

As part of the changes, developers will have to contribute fairly to the infrastructure needed to sustain communities, ensure designs keep in with local character and work as part of a new interactive online planning system.

The full list of projects will be published on GOV.UK.

The government has today confirmed the list of over 300 successful projects which will receive a share of £900 million from the Getting Building Fund.

The Getting Building Fund is investing in shovel-ready infrastructure projects to create jobs and support economic recovery across the country.  Projects funded include:

All projects have been selected by Local Enterprise Partnerships and Mayoral Combined Authorities in each area and endorsed by the Housing Secretary.