Plastic bag charge set to be rolled out to all retailers

Government announces plans to extend the single-use plastic bag charge to all retailers and increase the minimum charge to at least 10p, subject to consultation 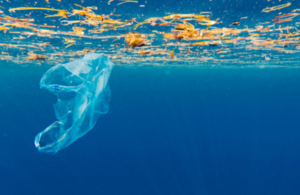 The 5p plastic bag charge will be extended to all retailers and not just big businesses, subject to consultation later this year, to help fight the global scourge of plastic pollution, Prime Minister Theresa May has announced today (30 August).

It is estimated over 3.4 billion single-use plastic bags are supplied annually by small and medium-sized enterprises (SMEs). Trade bodies representing 40,000 small retailers have already launched a voluntarily approach to a 5p charge, but this accounts for less than one-fifth of England’s estimated 220,000 SMEs.

A consultation, to be launched later this year, will also explore the possibility of increasing the 5p minimum charge to encourage further behaviour change, potentially doubling it to at least 10p.

"We are committed to being a global leader in tackling plastic pollution. It blights our seas and land and chokes our wildlife.

"Thanks to the public’s support, our plastic bag charge has been hugely successful. It has taken 13 billion plastic bags out of circulation in the last two years alone.

"Today we are building on that success to ensure we leave our environment in a better state than we inherited it."

The move follows the success of the 5p charge introduced in 2015, which has seen plastic bag sales in major supermarkets drop by 86%. This is equivalent to just 19 bags in 2016/17 per person in England, compared with 140 bags each before the government introduced the charge.

Plastic bags have a significant impact on the environment. Government scientists believe plastic in the sea is set to treble in a decade unless marine litter is curbed - with one million birds and over 100,000 sea mammals dying every year from eating and getting tangled in plastic waste.

"We welcome the announcement that the 5p plastic bag levy is likely to be extended to smaller shops. Independent retailers are environmentally friendly and like to play their part in reducing plastic waste so many of our members have already chosen to implement the 5p charge. As a result, they have been delighted to donate the proceeds from the charge to local and worthy good causes.

"The 5p charge has made a huge difference to plastic bag usage and all independent retailers can look forward to playing their part in reducing further waste and raise money for local charities."

Today’s announcement comes during the Prime Minister’s visit to Kenya, where she has announced a further six African Commonwealth Countries (Seychelles, Mauritius, Sierra Leone, Mozambique, Namibia and the Gambia) have now joined the Commonwealth Clean Oceans Alliance (CCOA), pledging their support to end the scourge of plastics in our oceans.

The UK will provide up to an additional £5 million in funding to assist CCOA countries seeking to take ambitious action – doubling the amount announced at CHOGM.

Today’s announcement is the latest move in a government crackdown on plastic, with the UK continuing to be a global leader in protecting seas, oceans and marine life. The government has recently announced a range of measures to eliminate all avoidable plastic waste including a world-leading ban on microbeads and plans to explore plastic free aisles in supermarkets.

Earlier this year government announced its intention to ban the sale of plastic straws, stirrers and cotton buds , plans for a deposit return scheme to increase recycling rates of drinks bottles and cans subject to consultation, and ran a call for evidence on using the tax system or charges to address single-use plastic waste, which attracted record-breaking public support for reducing single-use plastics and boosting recycling through the tax system. The Government is considering a number of options, including taxes or charges on specific plastic items which are commonly used on-the-go and littered.