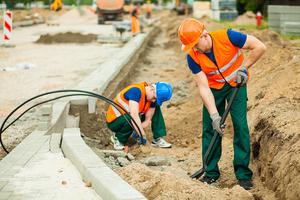 From Swindon to Cornwall, more than £374 million will be invested in roads, schools, public transport and utilities, ensuring homes can be built in the areas where they are needed the most.

"This government is committed to building the homes this country needs, so that more people can realise the dream of owning their own home.

"This £374 million funding will ensure that communities have the right infrastructure to enable new homes to be built, such as road and transport improvements."

"We are investing record amounts in roads, rail, housing and broadband to ensure Britain has the modern infrastructure needed to thrive, and to allow local economies to flourish."

As part of the government’s commitment to levelling up communities so they can take full advantage of economic growth and prosper, the 5 schemes in Swindon, Wiltshire, Cornwall, North Somerset and Medway are expected to unlock up to 32,000 homes.

Today’s news means that since 2018, this government has given over £3 billion of funding to ambitious Housing Infrastructure Fund projects.