We must shine a light on disproportionality

Keith Fraser, a retired police officer and YJB Board member, talks about racial disparity in the youth justice system 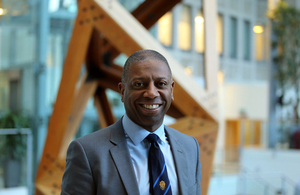 As a retired police officer, and now Youth Justice Board (YJB) member, I have seen disproportionality affect the lives of hundreds, if not thousands, of children.

Coming from Birmingham and working for 32 years in the first and second largest police services in the UK, I have seen a lot. Yes, sometimes children do bad things, but I don’t believe that I have seen bad child. I have however met many children who need a different perspective on life. Someone to show that they care and take them seriously.

A poignant moment for me was meeting a young lad who had just finished 12 weeks on a Princes Trust programme. He had been written off by a lot of people but the police and the Princes Trust were prepared to work with him. He gave a powerful end of programme presentation that finished with ‘and now down to me’. This was because for the first time that young person had learnt to recognise his own ability and chart his destiny.

We see the over-representation of children from black, Asian and minority ethnic (BAME) backgrounds occurring at different stages in the youth justice system. In particular, black children are more likely to grow up in deprived areas, receive free school meals and get permanently excluded from school. Shockingly, they are over four times as likely to be arrested than white children. They also face harsher penalties. Most recently, I was hugely disappointed to see that, for the month of May 2019, children from a BAME background now make up more than half of the youth custody population. It’s not right, and it’s certainly not fair.

When David Lammy MP wrote to the prime minister following his review of BAME people in the criminal justice system in 2017 he cited the youth justice system as his area of greatest concern. Sadly, the situation does not appear to have improved. The reasons continue to be multi-faceted and cannot be resolved by any single agency. Only through working together can we bring about change.

To shine a light on this disparity we produced ‘the disproportionality journey of the child’ which clearly shows the massive disadvantages BAME children face. My hope is that these materials spur us on to do more and give BAME children a better chance at making a positive contribution to society. This data will also help us challenge the organisations that impact on this disproportionality to ‘explain or reform’ and we will support them in their efforts to do this.

I have seen countless examples of how children can change and improve their lives given the chance. I have also seen how society’s view of children who do something wrong can hold them back and potentially delay or prevent positive change. I am therefore, excited about the possibilities for the future, if people in positions of authority and wider can open their eyes to the impact of their decisions on children and be brave enough to challenge the status quo.