The Home Secretary announces a new route for skilled workers, strengthened border security and an end to free movement as part of a new immigration system 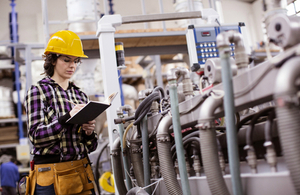 The new immigration system will introduce a new route for skilled workers which favours experience and talent over nationality. It will enable employers to have access to the skills they need from around the world, while ensuring net migration is reduced to sustainable levels.

The White Paper proposals will, in line with the recommendations made by the Migration Advisory Committee (MAC);

• remove the annual cap on the number of work visas issued
• widen the skills threshold to include people with qualifications equivalent of A levels
• ends the requirements for labour market tests by employers wanting to sponsor a worker.

"Today’s proposals are the biggest change to our immigration system in a generation.

"We are taking a skills-based approach to ensure we can attract the brightest and best migrants to the UK.

"These measures will boost our economy and benefit the British people."

There will also be a new route for workers at any skill level for a temporary period. This will allow all businesses have the staff they need as we move to the new immigration system but ensure they have the incentive to train young people in the future.

The 12-month visa will provide access to the labour market, but no access to benefits. People arriving on this route will not be able to bring family members with them, won’t accrue rights to settle in the UK and will have a 12-month cooling off period once their visa expires. These proposals will be discussed with business as part of the extensive engagement programme planned.

The White Paper proposes measures to improve border security checks and support frictionless flow of legitimate passengers’ checks. These include:

• creating a single, consistent approach to criminality by aligning both EU and non-EU criminality thresholds

• ending the use national ID cards as a form of travel documentation for EU citizens as soon as is practicable, given these documents are more insecure and open to abuse than passports

• introducing an Electronic Travel Authorisation (ETA) scheme to allow vital information to be collected at an earlier stage before visitors, who does not require a visa, travel. This will give visitors greater certainty that they will be able to enter the UK on arrival

• allowing citizens from Australia, Canada, Japan, New Zealand, USA, Singapore and South Korea to use e-gates to pass through the border on arrival, alongside EU and UK citizens

The Immigration and Social Security Coordination (EU Withdrawal) Bill to be published on Thursday 20 December ends free movement and creates the legal framework for the future borders and immigration system. It also creates the legal framework for a future, single benefits system that will apply to both EU and non-EU nationals and maintains the Common Travel Area between the UK and Ireland.

The new immigration and borders system will be implemented in a phased approach from 2021 following an extensive 12-month programme of engagement with businesses, stakeholders and the public by the Home Office.