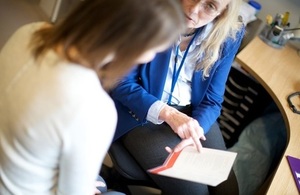 The Women’s Mental Health Taskforce was set up in 2017 in response to evidence of deteriorating mental health among women and poor outcomes for those using support services.

The taskforce’s report draws on women’s own lived experience of mental ill health. It encourages commissioners, providers and practitioners to promote best practice in their organisations, while considering women’s individual, gender-specific needs.

The report looks at:

• the influence of women’s roles as mothers and carers on their needs, which is rarely considered in the care they receive

It also considers other issues that often affect women and girls more than men and boys.

The report outlines a series of recommendations to be led by the Department of Health and Social Care and its arm’s length bodies.

• clearly considering women’s needs in all future mental health policy development
• improving trauma-informed care
• supporting routine enquiry about violence and abuse in future policy development
• using the principles of the taskforce to inform service design and delivery for women’s mental health
• recognising that women’s identities, and often their roles as mothers and carers, are important in individual treatment and in-service planning
• ensuring the safety of women in residential mental health care by ending breaches of single-sex wards, and improving practice and reporting processes around sexual harassment and sexual violence

The taskforce was chaired by the Minister for Mental Health, Inequalities and Suicide Prevention Jackie Doyle-Price and Katharine Sacks-Jones, the Chief Executive of women’s charity Agenda.

"Yet, too often, we hear stories of women who describe feeling powerless when it comes to their mental health treatment, those who feel neglected by inadequate aftercare or, more alarmingly, those who feel at risk in inpatient services, whether that’s because of breaches in single-sex wards or the fear of restraint or observations by male staff members.

"This just isn’t good enough. I’m determined that this report will take an important first step towards our aim of tackling the injustices facing women, while ensuring that no vulnerable woman slips through the net. I appeal to partners across the health, justice and social care systems to work together to drive forward our ethos and ensure that women receive the high-quality care they deserve.

"Mental health is a top priority for this government and will be a key part of the upcoming long-term plan for the NHS, which will help us drive the outcomes of this report forward."

"The Women’s Mental Health Taskforce was set up in light of rising rates of mental health problems among women and girls. The taskforce heard how many women struggled to get appropriate support from mental health services and were sometimes left further traumatised by the treatment they had received. This is not good enough.

"The taskforce identified an urgent need for support that better responds to the realities of women’s lives including their experiences of abuse and trauma and their roles as mothers and carers.

"We call upon government and leaders across the health service to heed the findings of this report and use the principles it sets out to improve the response to women’s mental health, so that all women get the help they need when they need it."